After missing a week nursing a sprained toe, Bills wide receiver Terrell Owens made his return to practice.

Owens stretched with his teammates on Monday night before spending 15 minutes running routes and catching passes in individual drills.

T.O. missed four days of practice and the Bills' preseason opener against the Bears due to a jammed toe. He suffered the injury during the Hall of Fame game on Aug. 9.

Owens is expected to participate in full practice, but his status for the Bills' preseason game against the Packers on Saturday is still unknown.

"We'll have to see how he tolerated this evening," Bills coach Dick Jauron told the AP. "We'll
talk to him [Tuesday] and see where it goes and keep taking the next
step." 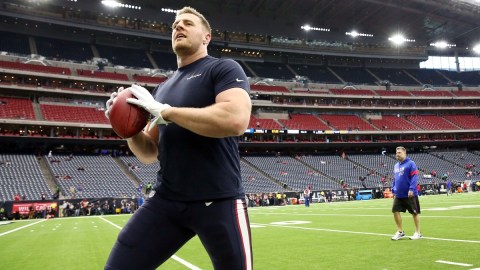