How long will the Red Sox' revolving door of shortstops keep opening and closing?

Over the past half-decade, no one has worked out quite right in Boston. First, Orlando Cabrera came and won a World Series with the Sox — but he didn't stay for long. He wanted a bit too much money and provided a bit too little offense. Then came Edgar Renteria — he could hit, but the 30 errors got him chased out of town.

The Red Sox have experimented with the 32-year-old shortstop before. They know what they're getting with him — he's got a smooth glove and not much else. He gives you singles and the occasional double, hitting .260 in a good year. He doesn't have power, he doesn't walk, he doesn't steal bases.

In other words, he's a replica of any fringe starter at shortstop in the National League. The Red Sox tried going that route before, and it didn't work out. To a fan base starved for a slick-fielding shortstop after the Renteria debacle, Gonzalez was a welcome sight — he was rangy and efficient at shortstop, and that no doubt made a difference.

But that wasn't enough. Not in the American League — Gonzalez couldn't hit, and he was part of the reason that the Red Sox regressed and became an average offensive team. The Sox finished third in the AL East in 2006. A year later, Gonzalez was gone in favor of the (slightly) heavier-hitting Julio Lugo, and the Red Sox were world champions once again.

Correlation doesn't necessarily mean causation. No one's saying that ditching Alex Gonzalez put Boston on top of the world. But in the AL, that's certainly part of the equation — good teams win with production from every single player in the batting order. There are no easy outs — the goal is October, and easy outs typically mean early exits.

Look at the Yankees. They win in part because their middle infield is made up of Robinson Cano and Derek Jeter, and their man behind the plate is Jorge Posada. Even at premium defensive positions, they have guys that knock the cover off the ball. Alex Gonzalez isn't that guy. Neither was Lugo, neither was Cabrera. Neither was anyone in Boston, really, since Nomar Garciaparra.

In 2003, Nomar's last full season in Boston, the Sox shortstop hit .301 with 28 homers and 105 runs batted in. It was the last time a Red Sox shortstop really, truly had an impressive season at the plate.

The results translated into bigger things. The Red Sox led the major leagues offensively by a country mile that season, scoring 961 runs. They slugged 238 home runs and 371 doubles. They were a true offensive juggernaut.

And in the American League, that's how you win.

It starts by amassing quality bats at every position. That's what Theo Epstein has tried to do — it's why he's groomed Dustin Pedroia to be a cornerstone of the Sox lineup, and it's why he's brought in Victor Martinez, arguably the best-hitting catcher in the game.

Shortstop is the one hole. And Gonzalez, while he may play the part of another quick fix, isn't any kind of long-term solution. That's what the Sox are still looking for.

Some are holding out hope that Jed Lowrie is the answer. And with Lowrie on the way back from a wrist injury and ready to make an impact again, that's the best we can hope for.

But for now, it's Gonzalez. Good old Alex Gonzalez, holding down the fort. We'll see how long it lasts. 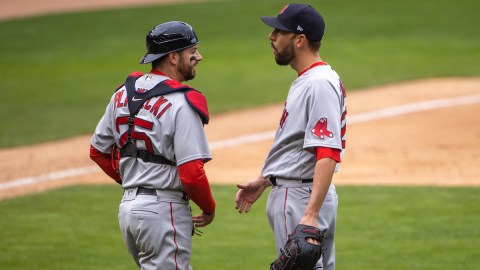 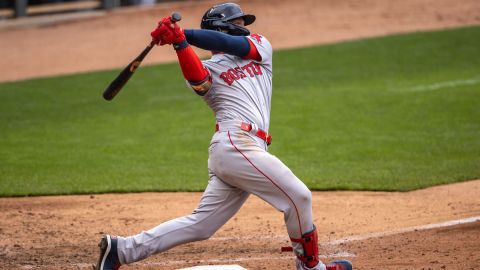