The summer has been enjoyable for a number of reasons, not the least of which is that Stan Van Gundy hasn't had many microphones placed in front of his mouth. The Magic's head coach has never been shy and has rarely been insightful, so the months of silence from Southern Florida have been peaceful to the ears of many across the nation.

That was until last weekend, when Van Gundy, who helped lead his team to the NBA Finals in June, said that the NBA was disrespecting the Magic by making them play in the 'B' game on Christmas Day.

That secondary, less important game will be played against the Boston Celtics, with the Los Angeles Lakers playing the Cleveland Cavaliers in the more coveted 5:30 p.m. ET time slot.

"It's a lot of little things, and in the long run they're not very important, but you feel it,'' Van Gundy said at a news conference, according to The Orlando Sentinel. "Like the television schedule. Normally on Christmas Day, you get a rematch of the teams that played in the Finals. But instead, we get a Christmas Day matchup of the teams that they [ABC] wanted to see in the Finals.''

It was only a few short months ago that the Celtics, without their best player and with Paul Pierce and Ray Allen logging about 173 minutes per game, pushed the Magic to the limit, eventually falling flat in Game 7 of the Eastern Conference semifinals.

The Magic, without question, deserved to win that series. But does Van Gundy really believe that playing a Celtics team — one that will (probably) have Kevin Garnett back and will boast the addition of Rasheed Wallace — in one of just a handful of NBA games on Christmas Day is a sign of disrespect?

If so, the guy needs a wake-up call, which likely will be delivered at the hands of Messieurs Allen, Pierce and Garnett. That trio lost last Christmas Day in L.A. The Celtics had to travel across the country, even though they won the previous year's Finals.

Doc Rivers said he would have liked to stay home and host the Lakers on Christmas Day, but he never threw around the "D" word. His team lost, but it could have learned a valuable lesson — one that could be transferred to the Magic on Dec. 25.

Ortiz Excited to Get Another Opportunity With Patriots 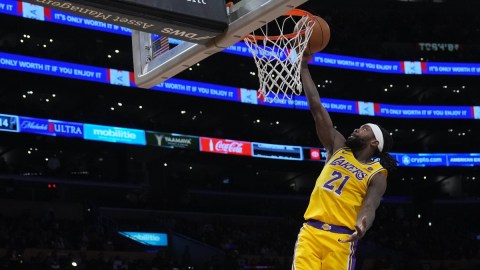 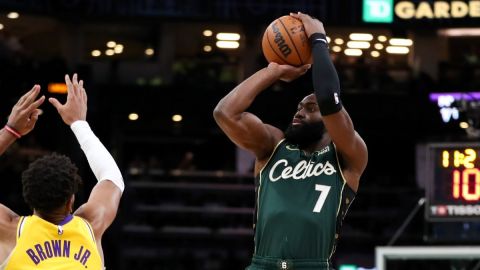 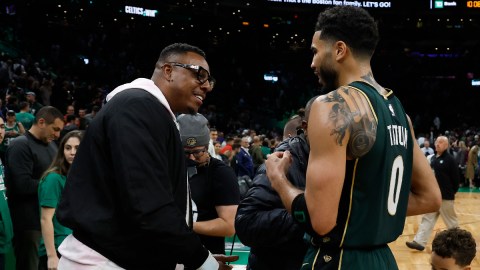