NCAA Must Put a Stop to Early-Season Cupcake Schedule - NESN.com Skip to content The beginning of every college football season brings with it the ?cupcake? game, where teams square off against colleges you may have never even heard of. Many of these schools are from Division I-AA.

The reason why so many teams play Division I-AA schools is because college football does nothing to prevent it. First, there is no rule prohibiting schools from scheduling non-Division I opponents. Second, unless you lose, there is really no downside. Florida is the perfect example. The defending champions enter the season ranked No. 1 overall. If the Gators go undefeated, or even lose one game, they will almost certainly play for another national title. It doesn?t matter if their non-conference victories come against Texas, Ohio State, or Coastal Carolina. This is why Florida?s non-conference schedule includes the aforementioned Charleston Southern, as well as Troy and Florida International.

There are two ways the NCAA could handle this issue. First, it could have a playoff system. That way, each school?s strength of schedule would not be as important. Of course, that doesn?t seem likely in the near future. The other option is for the NCAA to disallow schools to even play Division I-AA teams. For example, in college basketball, victories against non-Division I schools do not count towards a team's overall win total.

Cincinnati: 47
Rutgers: 15
If you read the Big East preview article last week, Cincinnati?s offense output did not surprise you. Cincinnati has the best offense in the Big East. Both the passing and running games were on display in this one, as the Bearcats posted an impressive victory on the road. However, despite the score, Rutgers did a decent job of exploiting Cincinnati?s biggest weakness: its rushing defense. Against Cincinnati?s fast but undersized defense, Rutgers had success rushing straight ahead. This is something Cincinnati will need to improve on.

Meanwhile, Rutgers needs to regroup after getting dominated at home. The first issue they need to clear up is the starting quarterback. They did not settle on a starting quarterback until very recently, and it showed. The defense is not quite as big of a concern, since Cincinnati will put up a lot of points this season.

Minnesota: 23 OT
Syracuse: 20
The good news is that the ?Cuse actually made a game of it.  The bad news is that the game ended with a familiar result. Fresh off his academic suspension, wide receiver Mike Williams looked like he didn?t miss a beat. Williams caught Greg Paulus?s first collegiate touchdown pass, marking his 10th consecutive game with a TD reception — the longest active streak in the NCAA. The Paulus experiment went pretty well until overtime, when Paulus threw a terrible interception. It?s still a work in progress for the Orange, but at least they were competitive.

Liberty: 20
West Virginia: 33
Liberty is a Division I-AA team, so this victory doesn?t mean much. West Virginia?s season begins next week against East Carolina. Remember, last season ECU knocked off West Virginia in Carolina. This time, the game is in Morgantown, but the Mountaineers will need to play better than they did this week.

Youngstown State: 3
Pittsburgh: 38
Youngstown State is a Division I-AA team that went 4-8 last season against the likes of Central State and Indiana State. Pittsburgh won easily, as it should have.

Connecticut: 23
Ohio: 16
While many Big East schools played home games against teams not even in the same division, UConn went on the road to face a MAC team. The Huskies looked pretty good, rushing for 259 yards. Quarterback Zach Frazer did throw three interceptions, which is poor ball control for a team that is going to rely on the ground game. In 107 career pass attempts, Frazer has thrown nine interceptions. He will need to improve on those numbers in order for UConn to have a good season.

Wofford: 7
South Florida: 40
Wofford is another Division I-AA school. South Florida?s schedule starts out very soft, so we won?t know much about them for a few weeks.

Indiana State: 10
Louisville: 30
Not only is Indiana State a Division I-AA school, but they are one of the worst teams in Division I-AA. In their last 53 games, the Sycamores have only one victory. They have lost 25 consecutive games. The only reason for a Big East school to schedule a game like this is if it expects to be very bad, which Louisville does. The fact that the Cardinals only won this game by 20 points does not bode well for the rest of their season.

What We Learned:
–Cincinnati is the team to beat in the Big East.
–Rutgers needs to settle on a starting quarterback.
–Big East schools, like everyone else, are fully capable of beating Division I-AA teams.
–After beating one of the worst Division I-AA teams by only 20 points, Louisville could have a tough season.

Big East Respect Barometer:
As far as respect is concerned, the opening weekend went as well as it could have possibly gone for the Big East. The best way for the conference to gain respect is for one team to step up and have a great season. Cincinnati?s beat down of Rutgers on national television is a great first step. People are always impressed by high scoring offenses. If the Bearcats can continue to score like they did against Rutgers, they have a chance to help the Big East quickly gain respect. 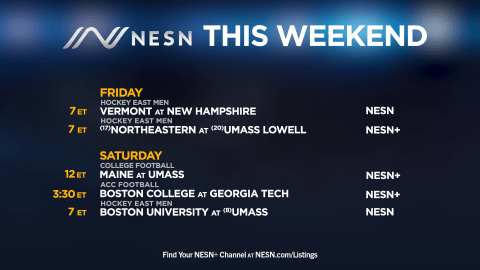