From manhandling one last-place AL team, the Red Sox have moved on to another. Or so they thought.

Coming off a sweep of the hapless Orioles, the Sox rode into Kansas City expecting another easy series with a cellar-dweller. But the pitching staff coughed up an 8-1 lead in Monday night's series opener, losing 12-9, and on Tuesday, things won't get any easier. It's time for Boston to get its first look at the Royals' Zack Greinke, arguably the best starting pitcher in baseball this season.

The Sox still have the best bullpen in baseball, but they didn't show it on Monday night. Manny Delcarmen faced six batters and allowed four runs, Daniel Bard coughed up two more in one third of an inning, and even the red-hot Billy Wagner was touched for two walks and an RBI double in the seventh. The Sox have to do better than that if they want to keep up with Greinke's Royals.

Byrd has made just one start on the road so far in his 2009 return to the Red Sox, and it wasn't a pretty one. The 38-year-old righty was knocked out in the third inning, having allowed seven runs on 10 hits, in a 12-2 loss in Chicago on September 4. Things have been looking up for Byrd since then, but he's still got to prove he can win away from Fenway Park if he wants a chance at pitching in October.

As for the guy facing Byrd, they don't get much better than this. With every start he makes, Zack Greinke only draws closer to winning the first Cy Young Award of his career. In his last five, he's undefeated, and he's allowed just three earned runs in 37 innings of work — that's an ERA of 0.73. Not bad.

The Red Sox have a team slugging percentage of .456, second only to the Yankees in the AL.

They are 61-38 against right-handed starting pitchers.

Kevin Youkilis has a .417 on-base percentage, second-best in the AL.

Dustin Pedroia is third in the AL with 96 runs scored.

Alex Gonzalez has a .477 slugging percentage since coming to the Red Sox this season. He has four home runs and eight doubles in 32 games.

Mike Lowell is slugging just .399 on the road this season. Only five of his 17 home runs have come away from Fenway Park.

David Ortiz is 1-for-7 against him, but he does have an RBI double.

Royals
The Royals are 12-21 against AL East opponents this season.

Billy Butler has 47 doubles, second in the AL.

David DeJesus has nine triples, tied with Ellsbury and Minnesota's Denard Span for the AL lead.

Mitch Maier has a .344 on-base percentage at home this season.

Tim Wakefield made his return last night despite battling a fragmented disk in his back. He pitched five innings, allowing four earned runs on five hits, striking out two Royals and walking seven.

Miguel Gonzalez has been on the 60-day disabled list since March 27 as he recovers from right elbow surgery.

Jose Guillen is out for the season with a strained right hamstring.

Coco Crisp is also out for the year. He is recovering from right shoulder surgery.

Juan Cruz has been on the 15-day DL since August 6 with a strained right shoulder.

In 1925, the Red Sox made history in the movement for the integration of baseball when Ramon "Mike" Herrera, a Cuban-born utility infielder, made his debut with the Red Sox. Herrera didn't last long, however, playing his final game exactly one year later, on September 22, 1926.

"I gave the game away."
–Tim Wakefield in Tuesday's Boston Globe. Wakefield took a no-hitter into the fourth inning against the Royals on Monday night, but he collapsed in innings four and five as the Royals won 12-9.

Red Sox
The Red Sox got caught in a Royal downpour.

Monday's start was more pain and suffering for Tim Wakefield.

Orioles
The Royals rallied to beat the Sox.

Aaron Crow has finally signed with the Royals and is ready to go.

Zack Greinke is as tough as they come.

Zack Greinke has been blowing everyone away this season, but he hasn't yet had his first crack at the Red Sox. This one will be a battle of the titans — it's Greinke, one of the game's best pitchers, facing Boston, one of the game's best offenses. "Good pitching beats good hitting" is the old cliche, but the Sox will get a chance to put that one to the test.

Will the Underdog Come Through and Take the AL East Race? 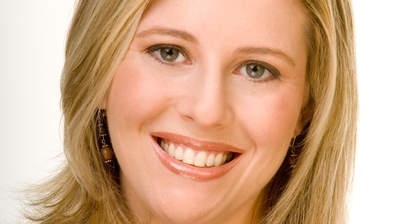