There's a Pro Bowl running back just days shy of his 30th birthday out there for the taking, but Bill Belichick and the Patriots don't sound interested in adding the recently cut Larry Johnson.

?Well, I haven?t seen the wire but I assume he?ll be on there. I would doubt [the Patriots would acquire Johnson],? Belichick said on WEEI's The Big Show. ?First of all, I think a player like that that?s on the wire, similar to [wide receiver] Chris Chambers who came on last week, somebody will get ahead of us. Even if we claim him, I doubt that we would get him."

Johnson has come under fire in recent weeks for posting a gay slur on his Twitter page, insulting his followers and questioning the qualifications of Chiefs head coach Todd Haley. The team officially cut him on Monday.

Johnson has 5,996 career rushing yards in seven years with the Chiefs but has been limited to just 27 games in the past three seasons due to injuries. The former Penn State star has posted 55 rushing touchdowns in 75 games since being picked in the first round of the 2003 draft, but Johnson has just 358 yards on 2.7 yards per carry in seven games this season.

"We have to decide whether we would want him or not. Maybe that?s something we?ll talk about,? Belichick added, ?but I would think he?d be claimed before he would get to us.? 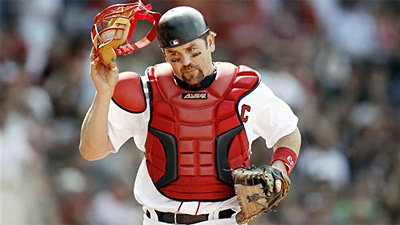