ORCHARD PARK, N.Y. — Coordinator Perry Fewell was pegged by Buffalo Bills owner Ralph Wilson to take over as interim coach because of the job he did in holding together the team's ragtag, injury-depleted defense.

In being promoted to his new job after Dick Jauron was abruptly fired Tuesday, Fewell's faced with an even more daunting task.

If Fewell has any intention of removing the interim tag and keeping the job after the Bills' final seven games this season, it's on him to figure out how to spark an offense that's sputtered despite Terrell Owens' presence, and turn around a franchise that's in jeopardy of missing the playoffs for a 10th straight season.

With that in mind, Fewell shared a simple vision.

"Play like hell and win," he said during an inaugural 6-minute press conference on Tuesday evening, hours after the shakeup was announced. "I think we'll be focused."

It starts on Sunday, when the Bills (3-6) travel to play Jacksonville in what will be Fewell's first game as head coach at any level.

The coaching change — Buffalo's fourth in less than nine years — was prompted by Wilson, the newly inducted Hall of Fame owner who ran out of patience with Jauron's inability to build a contender after producing 7-9 finishes in each of his previous three seasons. The final straw was how the Bills stumbled coming out of their bye week with a 41-17 loss at Tennessee on Sunday.

Wilson described his decision to make the switch as a difficult one, but one "for the best interest of our team."

Jauron maintained his even-keeled demeanor shortly after he was dismissed.

"I really don't have anything to say," was all Jauron would offer when reached on his cell phone by The Associated Press.

In electing to promote Fewell, Wilson credited the assistant for having done "a great job with our defense and demonstrated excellent leadership skills," while noting the players and staff have confidence in him.

Fewell is in his 12th NFL season, and fourth with Buffalo as the team's defensive coordinator. Fewell also becomes the team's first black head coach.

Jauron's dismissal did not come as a surprise. He's been on the hot seat since the end of last season when Wilson elected to retain Jauron but warned that he wasn't going to be "complacent" in seeking improvements, particularly on offense.

Those improvements haven't come even after the team made a big splash in free agency by signing Owens to a one-year $6.5 million contract in March, days after the receiver was released by Dallas.

The offense is averaging a little over 15 points, hasn't generated 300 yards in eight of nine games this season, including their past seven, and is unsettled at quarterback.

Fewell said he'll wait until Wednesday to announce whether quarterback Trent Edwards or backup Ryan Fitzpatrick will start against the Jaguars. As for considering any other changes on offense, Fewell said: "We are who we are. We have that identity. We're going to try to give a little spark."

Fewell declined to discuss whether he's been given an opportunity to keep the job beyond this season, but called his promotion "the opportunity of a lifetime."

The Bills' defense under Fewell has shown a resilient quality, though the numbers don't always show it. The unit's best season under Fewell was last year, when it finished 14th in the NFL in yards allowed despite missing numerous players to injuries.

Things haven't been better on the injury front this season. The defense ranks 26th in the NFL in yards allowed, but Fewell has made do with a unit that's played with as many as six regulars out of the lineup, including two starters on injured reserve.

The defense, which is allowing an average of 173 yards rushing, has been credited for keeping the Bills competitive. Buffalo has either led, been tied or been within a score of the lead entering the fourth quarter in all of its games except for a 38-10 loss at Miami on Oct. 4.

Receiver Lee Evans expressed his support for Fewell, and doesn't mind his defensive background, saying "I don't think that plays into it.

"The way our defense is playing with all the injuries, it's a testament to him. They've done a great job of keeping us in games," Evans added. "I think this is a great opportunity for him. … I think he should try to stick with the things that made him the coach he is, rally the team and keep us on the same page."

Celtics Hope to Break Out of Losing Funk Against Warriors 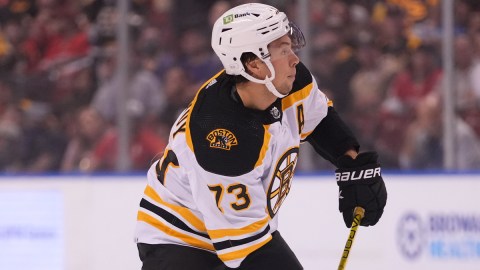 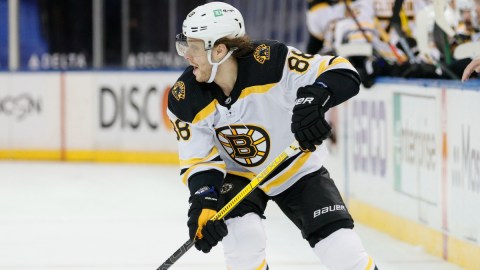 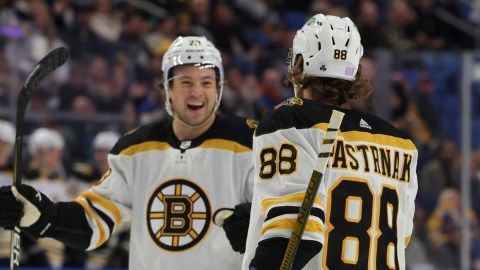 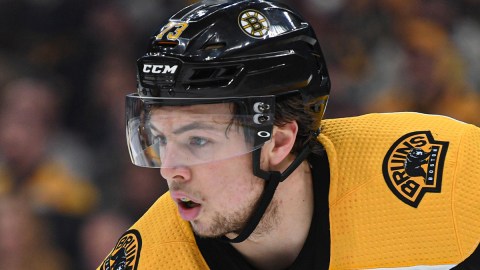