The Celtics went into their Friday night tilt aiming for their second 7-0 start in three seasons and their fourth-straight win over Phoenix.

The Suns would have none of it, torching the Celts? vaunted defense for 110 points on 50 percent shooting. The real dagger? Thirteen 3-pointers for Phoenix on 24 attempts, a relative phenomenon when one considers Boston?s opponents were shooting just 25 percent from beyond the arc coming into Friday night?s game.

About 300 miles to the south, New Jersey faced a similar fate against Philadelphia, losing 97-94 to a balanced Sixers offensive attack that, like Phoenix, shot 50 percent from the field and 50 percent from 3-land.

The good news for Boston? Its next contest comes Saturday night against that same New Jersey team, which still hasn?t won a game. Sounds like a perfect opportunity for a rebound performance, right?

"One-sided" might be the best way to describe this matchup of late. The Celtics have won nine straight against the Nets and are undefeated against them with Kevin Garnett and Ray Allen on the roster. Boston?s last loss to its Atlantic Division rival, in fact, came on Feb. 9, 2007.

The Nets have talent — there's no doubting that. With All-Star Devin Harris and up-and-comer Courtney Lee (of last season?s Orlando fame) in the backcourt, and Rookie of the Year candidate Brook Lopez in the paint, New Jersey has shown flashes of promise.

Problem is, they?ve been hampered by injuries (Harris, Yi Jianlian and Chris Douglas-Roberts – all three starters – have all missed time this year) and haven?t quite jelled, sitting in the league?s gutter of pretty much every major statistic: 27th in offense, 20th in defense, 27th in 3-point percentage and 23rd in rebounding.

With their talent reserve and 0-6 record, the Nets have nowhere to go but up.

Celtics
The Celtics finished the 2008-09 season 15-1 against Atlantic Division opponents, and are a clean 1-0 thus far this go-round.

Rajon Rondo is second only to Kobe Bryant in steals per game, at 2.8.

Rondo is also second in assists, at 10 per contest, with Steve Nash sitting one spot ahead of him.

The Celtics are allowing 86 points a game, good for fewest in the NBA. However, they?ve also allowed two straight opponents (Minnesota and Phoenix) to shoot better than 50 percent from the field.

Paul Pierce is shooting at 50 percent through his first seven games, a full six points higher than his career average. He?s even better (51.6 percent) from beyond the arc.

Kendrick Perkins has a league-high 18 blocks.

Kevin Garnett is averaging 13.4 points (on 46 percent shooting), 7.6 rebounds and 2.5 assists – all well below his career averages. But he?s also playing just 30 minutes per game, off his career norm of 37.5.

Nets
New Jersey is 8-9 in its last 17 games against Atlantic Division opponents.

The Nets have ceded more than 120 points in two of their six games and scored 94 or fewer in all but one of them.

Second-year center Brook Lopez leads the Nets in points (17), rebounds (7.8) and blocks (2.3). He averaged 16 points on 57 percent shooting, eight boards and 1.5 blocks against the C?s in four games last season.

In its last four meetings with the C?s, New Jersey has lost by an average of 14.5 points.

Rafer Alston, who?s starting at the point in place of Harris, posted just 5.5 points on 28 percent shooting, with six dimes and 1.8 boards in four regular-season games against the Celtics last season. In the playoffs, he turned things around, contributing 10.3 points and 1.8 takeaways.

Celtics
Glen Davis is likely done until at least January after undergoing surgery on his right thumb. Rasheed Wallace and Shelden Williams have been more than serviceable in his stead, combining for 19 points and 10 boards a game.

Tony Allen is day-to-day with an ankle injury and still has yet to play this season. Marquis Daniels, like Wallace and Williams, has helped dampen the impact of the loss for the Celtics.

Brian Scalabrine, who had just come back from an ankle injury, missed Friday night?s game with back spasms and is unlikely to play Saturday.

Swingman Bill Walker is out indefinitely with a torn meniscus in his right knee.

Nets
New Jersey has been plagued by injuries in the early going. Harris is out two to three weeks with a groin strain, and starting power forward Yi will miss four weeks with a sprained ankle.

To make matters tougher for head coach Lawrence Frank, Chris Douglas-Roberts, the starting small forward, missed the Nets? Friday night tilt in Philadelphia with the flu. His status for Saturday is uncertain. Trenton Hassell will get the start if Douglas-Roberts isn?t well enough to go.

All told, just eight players saw court time for the Nets against the Sixers. No coincidence the game ended in a 97-94 Philly win.

On Nov. 7, 2002, the Celtics upended the Lakers 98-95 in a thrilling overtime win. Pierce contributed a team-high 28 points (with 26 added by Tony Delk, and another 13 from good ol? Antoine Walker) to overcome Kobe Bryant?s 41. Both clubs would go on to lose their conference semifinal series, and both Pierce and Bryant would make the All-Star game.

?If we were in the NFL, we?d have to wait a whole week. So we like the position we?re in. We get a chance to go out and correct our mistakes?
— Ray Allen after Friday night?s loss to the Suns.

Nets
Courtney Lee is struggling with his new club.

Once again, the Nets lose.

The depleted Nets are wearing thin.

Boston is more experienced and deeper at every position on the floor. Contain Lopez in the paint, and there?s little else New Jersey can do to mount much of an offensive – or defensive – threat (with Harris, Yi and Douglas-Roberts all out). In other words, don?t expect the Celtics? nine-game streak over New Jersey to end anytime soon.

Lexington-Bedford Edges Leominster in Mini 1-on-1 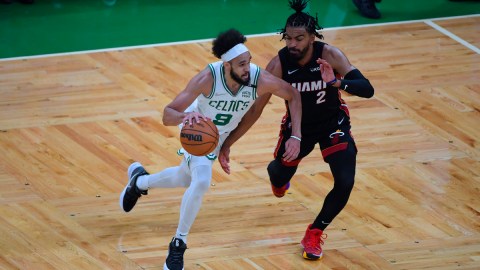 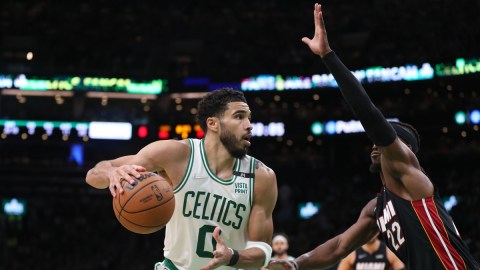 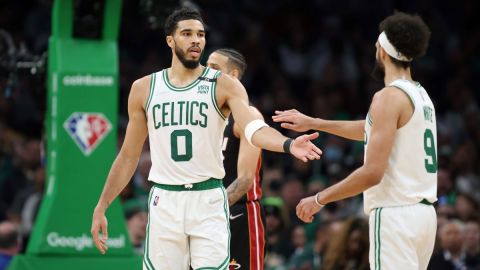 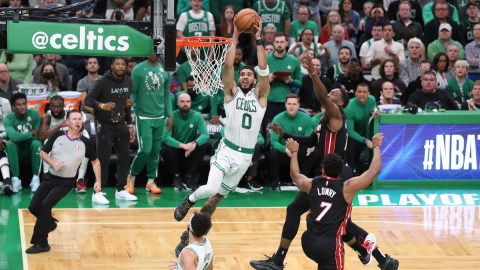