Balanced attack and offensive rebounding — that was the formula for success for the Hawks on Friday night, as they upended the favored Celtics 97- 86 at the TD Garden and proved they?re contenders in the Eastern Conference.

Five Atlanta players posted double digits, with Joe Johnson leading all Hawks with 24 points, and the Hawks out-rebounded Boston 49-27 — including an impressive  to 16-6 margin on the offensive end. The C?s, meanwhile, struggled to generate offense, scoring their second-lowest total of the season. They were miserable from beyond the arc, going 1-for-15 — which translates to seven percent.

The loss dropped Boston to 8-2 — both losses coming on Fridays at home — while Atlanta improved to 7-2.

Headliner: Atlanta showed it can score all over the floor, but it was Johnson leading the way, notching 24 points on 9-for-21 shooting with seven rebounds. The result? The Hawks were plus-21 with the shooting guard in the game, which proved particularly helpful when Johnson rallied for 14 points in the second half.

Unsung Hero: Backup guard Jamal Crawford proved he?s still got plenty left in those 29-year-old knees, dropping 18 on the C?s in just 28 minutes. Sixteen of those 18 came in the second half, when Atlanta overcame a one-point Boston lead at halftime.

Scrub: This is a layup — the Celtics were shameful on the defensive-rebounding end. Four Hawks (Josh Smith, Al Horford, Joe Smith and Zaza Pachulia) finished with three or more offensive boards. Until Friday, Boston ranked eighth in the league in offensive rebounds allowed, at just 10 per game.

It?s worth noting, as well, that Eddie House has continued his miserable slump, going 1-for-5, including 0-for-2 from beyond the arc. He?s now 5-of-26 from the field in his last five games.

Turning Point: With 9:04 left in the game and Atlanta already up six, Crawford knocked down a 20-foot jumper for an eight-point Hawks lead. The C?s never rebounded, eventually allowing that edge to balloon as high as 12 points.

Up Next: The C?s don?t have much time to lick their wounds. Overnight, they head to Indiana for a 7 p.m. tip against the Pacers. The young club is just 3-3 but is coming off three straight wins, including two at the Conseco Fieldhouse.

The good news for the Celtics? They?ve beaten Indiana in three straight and haven?t yet lost this season to a team with a .500 record or worse. Danny Granger will be the difference. 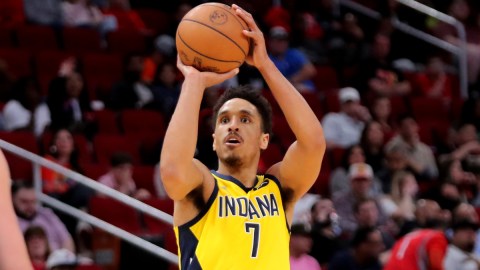