Let?s just get right to the point here. The Yankees won the World Series.

Everyone wants to talk about it like it?s the biggest news since we landed on the moon. It?s the 27th time this has happened. Why aren?t we used to it? Even E! News dedicated a first-segment story to stalking the power foursome (Minka Kelly, Kate Hudson and their men) in the aftermath of New York?s Game 6 victory over the Phillies.

It?s shocking, but Curt Schilling and David Wells wanted to talk about it, too.

Last week, Pedro Martinez and Mike Leach competed for the honor of biggest nut job to approach a podium. This week, Schilling and Wells faced off in a heavyweight battle to prove who could have the most ire-inducing and unwarranted reaction to New York?s championship.

While Wells focused simply on irritating Red Sox Nation — a nation he called his home crowd not too long ago — Schilling attempted to make himself relevant again by publicly airing his five-year-old grievances with Pedro Martinez. (Of course, he later redeemed himself by broadening his attack to Alex Rodriguez.)

Hey, they have to stay in the news somehow, right?

?I can just imagine what the scene in Red Sox Nation is about now. The fans are bitter. Very bitter. The Yankees are back on top, and that can't be sitting too well in New England.?
–Former Red Sox and Yankees pitcher David Wells in the New York Post

"You guys remember, when Pedro was here, Pedro played by different rules. And Pedro, to a degree, earned the right to play by different rules. But players that play by different rules and take advantage of those, that's probably the only reason I ever had issues with Pedro. And it was not a big deal — I know people are going to make it a bigger deal than I'm making it. But the amount of respect and admiration and the loyalty and friendship I have with [Terry Francona] … I saw some things, from Opening Day leaving the ballpark in Tito's first game here. There's just little, crappy, dumb stuff."
–Curt Schilling, on WEEI, on why he and Pedro Martinez didn?t get along when they both played for the Red Sox in 2004

"They don't want the Yankees to win, even in Nintendo games."
–Phillies pitcher Pedro Martinez, on Boston.com, on Red Sox fans

?Hopefully, we can go to the playoffs next season."
–Pirates second baseman Akinori Iwamura, in the Pittsburgh Post-Gazette, after being traded to the Pirates. The Pirates have had 17 consecutive losing seasons.

"Take some nachos, take some Coke, and enjoy the game.?
–Capitals forward Alex Ovechkin, to The Associated Press, on how he plans to spend his time after being declared week-to-week after suffering an upper body injury

"I was brought up differently. I respect everybody, but I fear nobody. My thing is, we're not going to get anywhere by tiptoeing. That's how I feel about it. People can take offense to it. That's fine and dandy. I'm not going to change who I am and how I coach because Tony Dungy said something.?
–Jets head coach Rex Ryan, to the AP, after his coaching style was questioned by former Colts head coach Tony Dungy

"It's like a damn graveyard here. … Talk about that for two weeks."
–Dolphins defensive end Jason Taylor, to the New York Jets, after Miami beat New York last weekend

"I'm not worried about my legacy.?
–Yankees manager Joe Girardi, in the New York Post, after his three-man pitching rotation was questioned following New York?s Game 5 loss to the Phillies in the World Series

"Oh, let's all cheer up because A-Rod's come full circle now. He's got his ring, he's complete, blah, blah, blah, whatever. Listen, they?re used to it, and they have to accept the fact that no one outside New York is even remotely happy today. OK, the Yankees won. Move on. When does spring training start? When do we sign free agents??
–Schilling, on WEEI, on Alex Rodriguez?s six-year quest to bring a championship to New York

Hideki Okajima Is a Key Part of Red Sox’ 2010 Puzzle 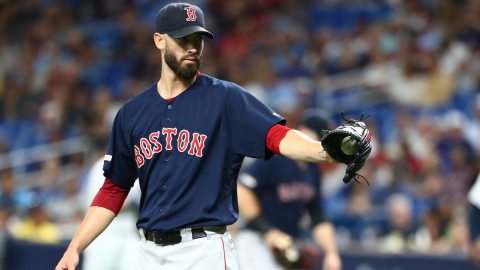