In their best offensive showing of the season they set a season standard with 34 assists.

Seven players reached double figures, led by Paul Pierce’s 29 points. Pierce and Ray Allen were a combined 9-of-12 from the arc.

That’s now seven straight wins in the series for Boston.

Some other notable numbers from this one:

– Rajon Rondo had his 13th double-double with 13 points and 15 assists.

– Jonny Flynn scored 16 of his 21 points after halftime for the Timberwolves.

Boston needed this one after Friday’s debacle. It gets a night off before getting a chance to avenge one of its five losses against Indiana on Tuesday.

Fourth quarter, 3:22, Celtics 115-96: The C’s can finally rest easy after Paul Pierce buries another from outside, making him 6-of-6 on 3-pointers.

The rest of the team is 2-of-11. I’ll see if I can find the team record for most made without a miss.

Fourth quarter, 4:41, Celtics 110-94: You can bet Doc Rivers is not pleased about the way the second half has gone tonight, just as it was a sore spot Friday.

He has been forced to put in each of his five starters moments after the Celtics had stretched the lead over 20 points.

Rivers is always talking about turning the C’s into a 48-minute team. Lately it’s the back end that is presenting a problem.

Fourth quarter, 7:48, Celtics 101-86: Doc Rivers always says he has a “magical number” in situations like this for when to put his starters back in to make sure nothing gets out of hand.

After Kevin Love hit a 3-pointer to get the Timberwolves within 15 points, the closest they have been since midway through the second, he calls timeout and may be at that point.

Paul Pierce has returned for the Celts.

For nearly the entire fourth quarter to this point the Celtics’ bench has been matched up with Minnesota’s starters as Kurt Rambis wasn’t ready to give up on things.

Fourth quarter, 10:47, Celtics  97-75: Tony Allen is one of several players who can pad his stats here in the fourth, but Allen has filled the box score rather well since returning.

He will go to the line after the break to try to push his scoring total to 10 for the second straight game. He has eight steals in his last five games.

And the explosiveness Allen showed on a pair of first-half dunks is another reminder that his ankle is no longer bothering him.

End of third quarter, Celtics 92-72: Another subpar third quarter for the Celtics but their margin is still a very comfortable 20 points.

Minnesota shot 65 percent in the third, led by Jonny Flynn, who had 14 points for the visitors.

Paul Pierce is the lone Celtics starter to have played at least 30 minutes thus far. It would be nice if a few good minutes here keep a few of them on the pine for the duration of the fourth.

Third quarter, 1:46, 88-71: Nestled amid what should be an easy win for the Celtics is a monstrous turnaround for Jonny Flynn.

As mentioned earlier Flynn was sat for over 11 minutes of the first half, apparently due to some lackluster play early on.

Third quarter, 3:53, Celtics 86-65: This has been a pretty well-officiated game, despite the fact that there are just two referees. Perhaps that is the way to go for the NBA, which is always taking criticisms for its officiating.

Third quarter, 5:13, Celtics 84-60: Paul Pierce’s hot hand from the outside is becoming a bit more noteworthy.

He has now made all five of his 3-point attempts in this one and is 8-of-10 over the past three games.

Pierce entered with a 44.1 percent mark from the arc, good for 12th in the league.

Third quarter, 8:45, Celtics 72-53: Well, this is a 12-6 run out of the break by the Timberwolves and rookie Jonny Flynn is playing much better after his prolonged stint on the bench in the first half.

Flynn has scored all nine of his points since returning midway through the second.

Third quarter, 11:32, Celtics 66-43: We are underway in the second half. Remember that this was the quarter in which the Celtics began to collapse on Friday against Philadelphia.

Much less likely here, but something to keep in mind.

Halftime, Celtics 66-41: Expect some garbage time at the end of this one. The Celtics are dominating on several fronts and likely won’t have any of the issues which dogged them in Friday’s loss.

Rajon Rondo came within a point and an assist of recording his 13th double-double before intermission.

Paul Pierce’s 16 points are more than he has had in every game this month but two.

Some other numbers from the first half:

– Boston’s 66 points represents a high for the first half this season. It scored 68 points in the second half of a win over Chicago the night before Halloween.

Back in a bit for the second half.

Second quarter, 2:12, Celtics 62-39: Paul Pierce has 12 points in this quarter alone and already has surpassed his scoring total in four games this month.

There has been an Oleksiy Pecherov sighting, by the way.

Second quarter, 3:58, Celtics 58-35: A technical foul was just issued to Ryan Hollins after he argued an offensive foul. Ray Allen makes the free throw to give Boston its largest lead.

Jonny Flynn returned after a span of more than 11 minutes on Minnesota’s bench and Rajon Rondo wasted little time abusing him some more.

Rondo buried a jumper and then provided a highlight-reel pass on a Celtics’ fast break that resulted in a Kendrick Perkins dunk.

Second quarter, 5:42, Celtics 48-34: Minnesota has put together a little 7-2 run to keep themselves within shouting distance.

Prior to the burst the Celtics had outscored the visitors by a 36-17 margin over a 12-minute stretch.

Second quarter, 7:30, Celtics 46-27: Jonny Flynn was taken out with 4:16 left in the first quarter and has yet to return for the Timberwolves.

We didn’t see an injury and Flynn did not have a good first few minutes so he may be getting some tough love right now.

As mentioned earlier, Pierce has been in a bit of an offensive slump and he was just 1-of-4 in the early-going of this one.

Amid his struggles Pierce has made 6-of-8 3-pointers over his last three games.

Second quarter, 10:26, Celtics 38-23: We may have just seen the highlight of the year for the Celtics, and who better to turn it in than the tandem of Eddie House and Tony Allen.

Give House the credit on the front end as he tipped a loose ball ahead to himself and saved it from going out with a behind-the-back pass to Allen, who then dunked while being fouled by Corey Brewer.

Allen took some of the air out of things by missing the free throw, but if you missed the play make sure to catch the highlights later.

End of first quarter, Celtics 34-19: We just witnessed the Celtics’ highest-scoring first quarter this season and again they converted on a quarter-ending possession when Rasheed Wallace beat the buzzer.

The C’s shot 65 percent, had 15 fast break points (their high for an entire game is 22) and had just two turnovers against 11 assists.

Perhaps one reason for the Celtics’ early dominance is that the great Oleksiy Pecherov has not made it off the T-Wolves’ bench. I’m sure every big basketball fan remembers where they were when Pecherov broke out for a career-high 24 points in the first meeting between the two teams this season.

The 7-foot Russian has seen his playing time drastically reduced since.

First quarter, 1:49, Celtics 27-16: You have to expect some questionable calls with the referees shorthanded tonight, and we had our first controversy after Paul Pierce was whistled for an offensive foul that brought the whole Celtics coaching staff onto the floor.

First quarter, 4:16, Celtics 22-12: Kurt Rambis had to call a timeout after the Celtics converted a 3-on-0 break with a Kendrick Perkins dunk.

Perkins had leaked out while the Timberwolves were busy having one shot blocked and another miss the rim by several feet. He had two other Celtics with him, an ugly sequence all around for Minnesota.

First quarter, 5:31, Celtics 18-12: This might be one of those games for Rajon Rondo, who had 14 points in just one quarter of play when the Celtics defeated the Timberwolves in Minnesota last month.

Rondo already has six points and four assists. Rookie Jonny Flynn, who is marking Rondo, seems to get swallowed up in the lane when Rondo penetrates.

Boston has a rather serious way about itself, perhaps still smarting from Friday night’s collapse.

First quarter, 8:27, 8-8: Rajon Rondo is everywhere early on. He has factored in on all eight of the Celtics’ points with four points and a pair of assists.

One of those baskets came after Rondo’s first steal of the game.

On another note, Paul Pierce has missed his first two shots and is now 15-of-45 from the floor in his last four-plus games.

First quarter, 11:55, 0-0: There are a few pockets of empty seats but for the most part it is a full house, despite the storm.

We are just underway and here are a few numbers to set the stage a bit.

The numbers flesh out very much like the Chicago Bulls do, which bodes well for the C’s. Boston has dominated Chicago in two meetings this season.

It is official, we are down one official tonight.

5:55 p.m.: Just a quick injury note to pass on. Minnesota will be without ex-Celtic Ryan Gomes, who is missing his fourth straight game with a high ankle sprain.

Gomes is the Timberwolves’ fourth-leading scorer and their best threat from the arc, where he has made 42.6 percent of his tries this season.

5:28 p.m.: We are moments from the second game of this three-game Celtics homestand and the big news at this time is that we may be playing with only two referees.

The word is not official as the NBA is still working on things, but as of this moment there are only two officials on hand. The third has been delayed by the weather.

I’ll give the official word once we tip off.

At the very least it will give Rasheed Wallace one less target.

The starting lineups are in. There are no surprises on the Boston end of things as it goes with Rajon Rondo, Ray Allen, Paul Pierce, Kevin Garnett and Kendrick Perkins.

9:05 a.m.: Simply put, the Celtics have not been the same team at home as they’ve been on the road.

They will get a good chance to right the ship inside TD Garden when they host lowly Minnesota. Tip is set for 6:00 p.m. and we will be courtside for this one (provided I can shovel out OK) so be sure to follow along.

While Boston sports a 12-1 road mark and has not lost away from the Garden in over a month, it is just 5-4 in the last nine games on Causeway Street.

The Celts’ worst loss of the season came Friday night at home when they blew a 15-point second-half lead and fell to Philadelphia, 98-97, ending an 11-game winning streak.

The C’s dominated the glass early but after Rasheed Wallace was ejected in the second quarter they gave up a lot of second chances, the last of which came on an Elton Brand tip with 7.7 seconds left.

Pierce has been held in single digits three times this month and had just 10 points on 3-of-12 shooting the last time the C’s and Timberwolves met Nov. 4.

The Green took that one, 92-90, and have won six straight in the series.

Although just 5-22, Minnesota has won two of its last three and, at the very least, usually gives Boston a game. Four of the last seven meetings have been decided by two points or less. 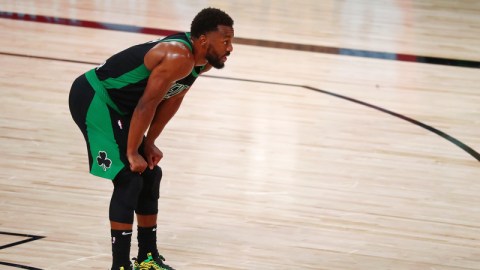 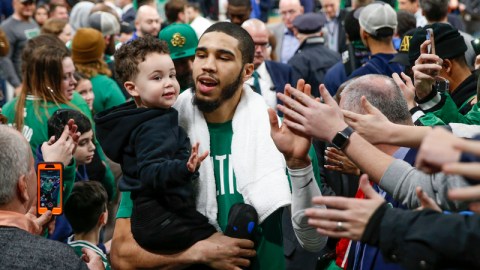