Not too long ago, the Patriots were the cream of the NFL. This season, they were much closer to the rest of the crop.

Still, as long as Tom Brady is in his early 30s, and as long as Bill Belichick steers the ship, the Patriots will always be among the Super Bowl contenders.

That being said, the Patriots have some work to do in the coming months, and what better team to learn from than the one who just pulled off the Super Bowl upset last Sunday? For most of the season, the Saints were an NFC powerhouse, and their Week 12 performance against the Patriots was essentially the football equivalent of the perfect game.

So even though the Patriots have a lot of things figured out, here are at least a few of the tips they can learn from the Super Bowl champion Saints.

Spread the ball around on offense
Drew Brees hit eight different receivers in the Super Bowl, completing 82 percent of his passes. He did it without a No. 1 target, as nobody had more than seven catches. It was quarterbacking brilliance, and even Tom Brady would benefit by taking note.

Admittedly, copying that approach is difficult when Wes Welker is always open and when Brady knows that Randy Moss is just one play away from breaking the big one. But Brady used to make his living by throwing to the open receiver. J.R. Redmond, David Patten and Jermaine Wiggins were key contributors in 2001, Christian Fauria and Mike Vrabel became touchdown-catching machines, and Deion Branch became a superstar, and it was all because of Brady's field vision and decision-making.

There's no question that Brady and the offense have veered away from that philosophy, but Brees provided a reminder that it's still the best way to win.

History favors the bold
A big deal is being made about the Saints' onside kick to begin the second half, and rightfully so. It was a genuinely unbelievable moment in Super Bowl history, and the decision reinforced the belief that bold decisions in big moments can pay off in a big way. In this instance, Sean Payton emerged as the hero, not a goat, and he's held the Lombardi Trophy in his hands for seemingly every waking (and sleeping) moment since the game ended.

For the Patriots, this doesn't mean they need to change anything; it simply reinforces Belichick's willingness to take worthwhile risks. Obviously, the fourth-and-2 in Indy sits at the forefront, and the overwhelmingly positive reaction to Payton's successful decision on Sunday only lends credence to the belief that Belichick would have been lauded as a genius had Kevin Faulk gained an extra inch or two.

The Patriots were fifth in the league in fourth-down conversion attempts in 2009, but they could only convert 50 percent. That shouldn't stop them from trying just as many in 2010, and it wouldn't hurt to add a wrinkle or two, be it an onside kick, a kicker throwing a touchdown on a fake field goal, an intentional safety or otherwise. We know Belichick can hide plenty up his sleeve, and he may need to pull some tricks out to win another title.

Coordinators are worth the money
After the Super Bowl victory, everybody knows that Gregg Williams was an absolutely essential part of the Saints' coaching staff. Only Payton was aware of that fact last offseason, when he offered to give up $250,000 of his own salary so that the team would hire Williams.

What followed was a defense that may have lacked in some areas but more than made up for it in its ball-hawking ability. The Saints picked off 26 passes in the regular season (third in NFL) and scored an NFL-high five touchdowns off those picks. They also led the league with three touchdowns off fumble returns. It was only fitting then that the marquee play of Super Bowl XLIV was a pick-six by Tracy Porter.

As it stands now, the Patriots will head into the 2010 season without a defensive or offensive coordinator. Last season, the offense was a wreck, with Brady visibly frustrated a number of times when Bill O'Brien and the rest of the coaches failed to get a play to the huddle in time. That miscommunication may very well have cost the Pats the aforementioned game in Indy.

Though the defense was solid in 2009 (third in NFL in yards allowed per game, sixth in points), and even though Dean Pees was never as creative as Romeo Crennel, the thought of a coordinator-less defense should be downright scary for Patriots fans.

What it does is ask coaches in lesser roles to assume larger ones, and it asks Belichick to spread himself thin. Belichick is at his best when he can oversee a team, coach up his players on the bench when they come off the field after a series, and read the flow of the game to make crunch-time decisions. If he's forced to have a hand in the play-calling on both sides of the ball, it's hard to imagine he can be as effective a head coach as he would be otherwise. The same can likely be said for defensive line coach Pepper Johnson and linebackers coach Matt Patricia — the two who were previously expected to be candidates for the defensive coordinator position.

We don't know what exactly Belichick was thinking when he said he'd be having more of a role in the defensive play-calling. Maybe it's not the truth, but if it is, the Patriots could be in for some trouble.

At the end of the season, the Saints had a Super Bowl title, and Payton was reimbursed his $250,000. For the organization, it was money well spent.

Balance in the backfield is a good thing
Though many may believe that the Patriots need an every-down, No. 1 running back, the Saints proved that's not necessary. Consider that Mike Bell had the highest percentage of carries by a Saints running back at 40 percent, ahead of Pierre Thomas (34.1 percent) and Reggie Bush (16.2 percent).

The Patriots were fairly similar, with Laurence Maroney (46.4 percent), Sammy Morris (17.5 percent), Fred Taylor (15.1 percent) and Kevin Faulk (14.8 percent) getting the bulk of the carries. It's safe to assume that had Taylor been able to play in more than six games, his number would have been much higher, and Maroney's would have been that much lower.

What the Patriots can take from the Saints goes back to the point about spreading the ball around. The Saints got a much better contribution in the passing game from their running backs. Bush and Thomas combined for 86 receptions for 637 yards and five touchdowns, while Faulk and Morris, the Patriots' top two receiving backs, caught 56 passes for 481 yards and one touchdown.

In the Patriots' championship years, screen passes and swing patterns were major parts of their offense (remember J.R. Redmond making a pair of big catches in the game-winning drive against the Rams?). Thomas' touchdown catch-and-run on Sunday was a reminder of how a simple screen can change a game.

To beat a great quarterback, you must mix things up
Phil Simms said during the Super Bowl that the Saints went into the game with different game plans for the first half, third quarter and fourth quarter. They changed the looks they gave Peyton Manning throughout the night, and it helped cause him to throw an interception at the game's most critical moment.

The Patriots, meanwhile, were an awful second-half team, failing to make adjustments while other teams figured them out. Back in the days of Charlie Weis and RAC, teams always had to stay on their toes, because something different could come at them on any given play. The result? Wins. Now, teams play with remarkable confidence against the Patriots, as evidenced by the fact that they were outscored 94-38 after halftime in their six regular-season losses combined.

When the Patriots went on their world-beating crusade in 2007, they got out to giant first-half leads and didn't have to do much after halftime. If they want to get back on top, they'll need to get back to the mentality from their championship years.

When you throw a parade, you need to really throw a parade
Did you see that show Tuesday evening? Mardi Gras floats, 800,000 people (which accounts for roughly 250 percent of the city's population) scattered throughout New Orleans, marching bands all over and a stop at the end for the players to grab a microphone and thank the fans.

It used to be like that in Boston. When the Pats knocked off the Rams, seemingly everyone in New England filled the streets of Boston, with the team taking the stage at City Hall to address their fans. It was the first of a number of parades the city would host in the coming decade, but it was undoubtedly the best. The next two Patriot parades, as well as a pair of Red Sox parades and one for the Celtics, all rolled right on through with no rallying point.

When you win, you need to celebrate. If the Patriots are fortunate enough to get back on top, the city of Boston needs to take some advice from New Orleans and the Saints: If you're going to do something, do it right. 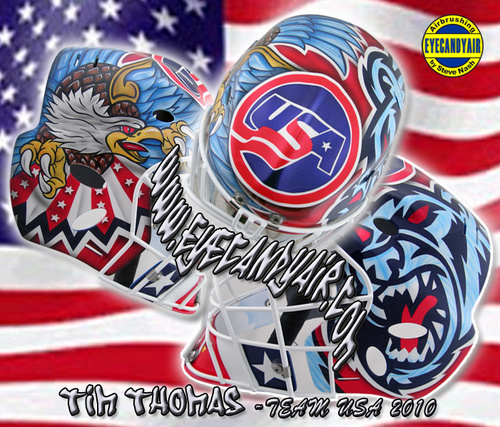 Paul Pierce in Lineup For Celtics’ Tilt With Hornets