WILMINGTON, Mass. — Peter Chiarelli addressed the media after the Bruins' practice on Sunday and acknowledged that he has been working hard to pull off some trades once the Olympic freeze is lifted at midnight Monday morning. Chiarelli pointed to scoring as an obvious need for his team and would like to add an offensively sound forward by Wednesday's 3 p.m. ET deadline.

"I'm in on a couple of things, and we'll see where they go," Chiarelli told reporters at Ristuccia Arena.

"Obviously, you look at the statistics, and it's our scoring [that needs to be addressed]. It's bad, so you want to get some type of top-nine forward that has an offensive bend to his game. There's not many out there."

The Bruins will enter the post-Olympic stretch run dead last in scoring averaging (2.35 goals a game), and while they entered the break on a four-game win streak, they still desperately need a finisher.

On Friday, center Marc Savard expressed his desire for a scorer to whom he can dish the puck. Savard, for one, has clearly missed having a sniper like Phil Kessel on his wing.

"We can use that boost for sure because we haven't had [as] much scoring as last year," Savard said. "I'm not sure what [Chiarelli's] plans are, but if [he doesn't make a trade], like we've done before, we've got guys in here that can [win]."

Interestingly enough, a reliable source told NESN.com on Sunday to ?keep a close eye on Phoenix and Boston? as possible trade partners. The Coyotes have made it known that they are willing to deal 21-year-old forward Peter Mueller, the eighth pick in the 2006 draft, who scored 22 goals and had 54 points in his rookie season of 2007-08. The Coyotes would like to add a veteran forward and defenseman for a playoff push and have a wealth of good young players, so they could be willing to part with Mueller despite his age.

This source did stress that he did not know what players could go either way in a potential trade but said that something could go down as early as Monday. The source also said he had been told that the Bruins might already have other deals in place as well and could announce two trades as early as Monday.

The Bruins have been constantly linked to Nashville defenseman Dan Hamhuis, another unrestricted free agent, but this source said Chiarelli was looking at other options now.

According to multiple other sources, the Bruins continue to kick the tires on unrestricted free agents-to-be Ray Whitney of Carolina and Raffi Torres of Columbus. According to Tom Reed of the Columbus Post Dispatch, Torres' agent and Blue Jackets GM Scott Howson have been unable to reach an agreement on a new contract and, as such, Torres will likely be dealt by the deadline. Torres would definitely be a "top nine" forward for the Bruins, bringing speed and grit to the third or fourth line. But if the Bruins want a "top six" forward like Whitney, the price remains pretty high.

According to multiple sources, Whitney already invoked his no-movement clause on a trade that would have sent him to Los Angeles because the Kings were unwilling to give him a three-year extension past this season. Whitney reportedly may come down on the years for an extension, but he won't waive the no-movement clause unless he is signed to a new deal upon heading to a new team.

Another name out there that could provide some scoring for the Bruins is Toronto forward Alexei Ponikarovsky, who has 19 goals and 22 assists this season. Ponikarovsky is another UFA-to-be and, according to numerous sources, the Penguins are now the front-runners to acquire the 29-year-old Ukrainian. 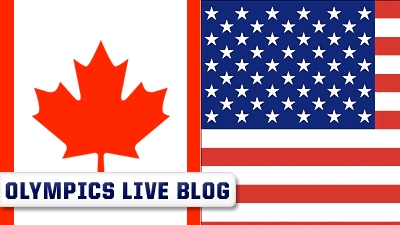