Several Teams Will Be Eyeing Quarterbacks in 2010 NFL Draft - NESN.com Skip to content While the NFL has the worst all-star game among the four major professional sports, it also has the best draft, hands down. That's why NESN.com will bring you weekly draft coverage from now through April's selection meeting. Come back every Thursday for a new mock draft, but first, let's take a glance at the first round and break down each team's needs.

Here is the first half of the draft's opening round. Check back Friday for picks 17-32. (An asterisk indicates the pick will be decided by a coin flip at the draft combine later this month.)

1. St. Louis Rams
2009 record: 1-15
Needs: Quarterback, wide receiver, offensive line, defensive tackle, outside linebacker, cornerback, safety
Analysis: The Rams scored an abysmal 10.9 points per game last season and allowed 27.2, so they were, well, horrendous. They're basically set at running back, left tackle, middle linebacker and one defensive end spot. Everything else needs a significant upgrade. They could look at quarterbacks Sam Bradford (Oklahoma) and Jimmy Clausen (Notre Dame), but they might be better suited to go after Nebraska defensive tackle Ndamukong Suh and hope to land Texas quarterback Colt McCoy in the second round.

2. Detroit Lions
2009 record: 2-14
Needs: Left tackle, defensive line, linebacker, cornerback, strong safety
Analysis: They could go in a lot of different directions here. If Suh is available, he'd be the easy pick. If not, the Lions might want to protect their investment in quarterback Matthew Stafford, last year's top overall pick, by taking the best left tackle on the board. Tennessee safety Eric Berry is expected to be a can't-miss prospect, but it's a little unconventional to load up your safeties (free safety Louis Delmas was a great pick last year) when you need defensive linemen and linebackers.

3. Tampa Bay Buccaneers
2009 record: 3-13
Needs: Offensive line, wide receiver, defensive line, outside linebacker, cornerback, safety
Analysis: Outside of middle linebacker Barrett Ruud, who's a restricted free agent, and cornerback Aqib Talib, it's tough to get excited about anyone on this roster. Bradford or Clausen will be far better than Josh Freeman, but the Bucs are apparently willing to move forward with Freeman anyway. Pairing Berry in the secondary with Talib would be an interesting move, and it might make the most sense since Berry looks like a sure thing. Otherwise, defensive ends Jason Pierre-Paul (South Florida) or Derrick Morgan (Georgia Tech) would be good fits.

4. Washington Redskins
2009 record: 4-12
Needs: Quarterback, offensive line, wide receiver
Analysis: They're virtually guaranteed to get either Bradford or Clausen, which will help increase fan excitement. As long as one of them is on the board, the Redskins should jump at their quarterback of the future.

5. Kansas City Chiefs
2009 record: 4-12
Needs: Offensive line, defensive line, wide receiver
Analysis: They have spent some serious resources adding defensive linemen in the last few drafts, and it hasn't really worked out. It might be time to wave the white flag with that position in the hopes that Tyson Jackson, Alex Magee, Glen Dorsey and the rest of those guys pan out. Instead, it would be wise to add some offensive linemen to help quarterback Matt Cassel, who was sacked 42 times last season.

6. Seattle Seahawks
2009 record: 5-11
Needs: Cornerback, safety, defensive end, offensive line, quarterback
Analysis: With two picks in the top 14, the Seahawks can really make some improvements in this draft. They could potentially land Bradford or Clausen or snag Florida cornerback Joe Haden with this pick and then add a defensive end at No. 14.

7. Cleveland Browns
2009 record: 5-11
Needs: Everything
Analysis: It's amazing this team managed to win four consecutive games to close out the season. They've been linked to Haden, who should be an absolute stud in this league. Head coach Eric Mangini drafted Darrelle Revis, so he clearly knows how to scout the cornerback position.

8. Oakland Raiders
2009 record: 5-11
Needs: Quarterback, wide receiver, left tackle, linebacker, defensive line
Analysis: They need a quarterback, but Al Davis will never give up on JaMarcus Russell, so that's not going to happen. If the Raiders don't keep Richard Seymour, they'll need to replace his spot in the defensive-line rotation, and they need linebackers at each spot. Oakland has a pretty stout secondary, so if it can add some play-making linebackers, it'd have a legitimate defensive corps.

9. Buffalo Bills
2009 record: 6-10
Needs: Quarterback, offensive line, defensive tackle
Analysis: The Bills can't keep trying to get by with quarterbacks Trent Edwards and Ryan Fitzpatrick — not in this division — and need to ensure they land Clausen or Bradford. Buffalo's offensive line was downright atrocious last season, and it needs to be completely rebuilt. And a defensive tackle would help their 30th-ranked rush defense. The Bills could also use an edge rusher, but after whiffing on Aaron Maybin in last year's first round, they'll probably look to improve other areas first.

*10. Denver Broncos (from Chicago Bears)
2009 record: 8-8
Needs: Defensive line, wide receiver, quarterback
Analysis: Josh McDaniels needs to bolster each position on his defensive line, and it would make sense to target a big defensive tackle to lock down the 3-4 scheme. He's learned from Bill Belichick, who has always coveted a hulking interior lineman, and the Broncos could have several solid options at this draft position. Adding a top-tier wide receiver could help the Broncos part ways with Brandon Marshall, and they could look at Bradford or Clausen in the unlikely event either one of them falls this far.

*11. Jacksonville Jaguars
2009 record: 7-9
Needs: Outside linebacker, defensive end, cornerback, wide receiver
Analysis: The Jags defense was bland, and they had no ability to generate a pass rush, particularly from the outside. In fact, Jacksonville's defense has struggled since Mike Smith left to become the Atlanta Falcons head coach. The Jaguars focused on their offensive line in the 2009 draft, and it worked out well. It's time to look at the other side of the ball this year.

12. Miami Dolphins
2009 record: 7-9
Needs: Linebacker, wide receiver, tight end
Analysis: Quarterback Chad Henne looks like the real deal, and the Dolphins need to get him some weapons. Oklahoma State wide receiver Dez Bryant would be an intriguing option, but his questionable maturity could be an issue. Linebackers Joey Porter and Jason Taylor dropped off last season, and that will be a pressing need real soon.

13. San Francisco 49ers
2009 record: 8-8
Needs: Defensive end, outside linebacker, offensive line, wide receiver, cornerback, strong safety
Analysis: It might be a dream of head coach and Hall of Fame linebacker Mike Singletary to pair middle linebacker Patrick Willis with Alabama linebacker Rolando McClain. But the Niners have more pressing needs at defensive end and in the secondary. Since switching to a spread offense, the 49ers might want to add another big-play wide receiver, but they really need help on the offensive line, which surrendered 40 sacks last season.

14. Seattle Seahawks (from Denver Broncos)
2009 record: 5-11
Needs: Cornerback, safety, defensive end, offensive line, quarterback
Analysis: There's a lot of depth at the defensive end/outside linebacker position in this draft, so the Seahawks can wait to add someone at this position. Or, they could take Texas safety Earl Thomas. Drafting the combination of Haden and Thomas would really help back up their talented set of linebackers.

15. New York Giants
2009 record: 8-8
Needs: Cornerback, free safety, defensive tackle, linebacker
Analysis: The Giants gave up at least 40 points in five of their last 11 games, and they're about to go through a major overhaul under new defensive coordinator Perry Fewell, who did an excellent job with the secondary in Buffalo. The Giants might just have to take the best player available at this point, and this could be a good market spot for USC safety Taylor Mays. If McClain falls this far, the Giants should snatch him up.

*16. Tennessee Titans
2009 record: 8-8
Needs: Linebacker, defensive end, wide receiver, cornerback
Analysis: It's a good bet head coach Jeff Fisher will look to improve his defense in this draft. They allowed 25.1 points per game last season, which ranked 28th in the league, a pretty remarkable aberration for this organization. The Titans are pretty good on the interior of the defensive line, but they could use some playmakers at defensive end and outside linebacker. Quarterback Vince Young revived the team when he came off the bench in 2009, but he needs some help. Running back Chris Johnson led the Titans with 50 receptions last season. Yikes.

Still Plenty of Hitting to Do for Veteran Manny Ramirez 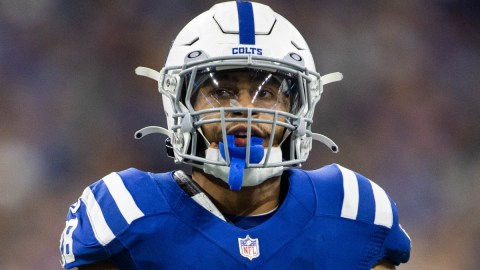 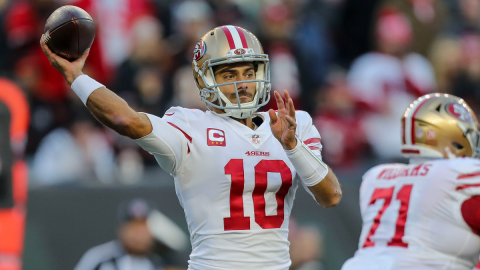 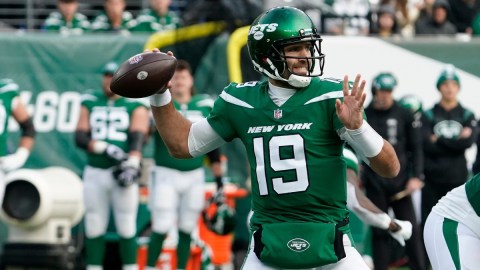 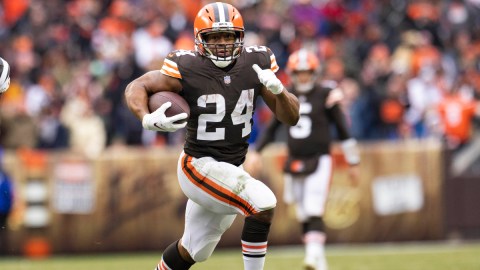