The Bruins fired off 50 shots against the Lightning on Thursday night, but they still lost 5-3 — and at this point in the season, that’s the only thing that matters.

Taking a lot of shots isn’t something the Bruins can hang their hats on right now. They need every point they can get.

“I think we’re at the time of year where they need two points every time out,” NESN play-by-play man Jack Edwards told Cole Wright on Friday’s edition of SportsDesk. “This playoff race is ridiculously tight, and there’s almost no margin for error. [The Bruins are] starting to shape up as a team that is kind of a frontrunner because it can play pretty well defensively, but if it gives up the first goal, it gets into trouble a lot.

“That lack of resiliency is really coming back to bite the Bruins.”

Three of the Bruins’ next four games will be at the TD Garden, and one would think that would be an advantage — not necessarily for this team, though. Boston has struggled notoriously at home in 2009-10, going 15-15-6.

“At this point, it doesn’t matter where the game is — you have to get the two points,” Edwards said, “but especially at home. Any successful team wants to make it a painful, difficult, harrowing experience for any other team to come play at its barn. The Bruins have not done that.”

For more, check out the video below. 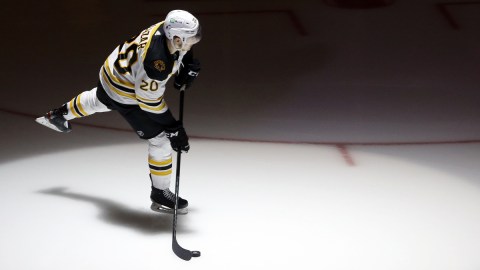