Providence Bruins goaltender Kevin Regan was named the P-Bruins’ American Specialty/AHL Man of the Year for his outstanding contributions to the Rhode Island community this season. As expected, Regan accepted the honor with a touch of grace. But he was also caught a bit off guard.

"It’s nice to get noticed for something like that," Regan admitted. "There are a lot of guys on the team who go out and do that kind of stuff, so it’s always weird to be singled out. I don’t think I did anything above and beyond, but overall, I think it kind of lets people know that, as a team, we definitely try to do a lot and give a lot back."

The P-Bruins organization nominated Regan for the award, noting his partnership with Adoption Rhode Island and many school appearances this season as reasons the South Boston native stood out among the rest. To Regan, however, the opportunity to give back is just a part of his job.

“Going to schools, reading to kids and speaking in front of them, like at the Boys and Girls Club, or places like that — most guys look forward to that, even jump at the chance to do that,” said Regan. “I think, me being a local guy, I kind of relate a little more to people around here. I also have some people I know, friends of friends and family that ask, ‘Can you do this? Can you do that?’ You’re in a little bit more of a position than others by being local to be able to do certain things, and it’s always good because these are the people who support us, come out and buy tickets. The least you can do is go out and talk a few times a year.”

Don’t confuse those requests for help, though, to mean that Regan sits back and waits for the phone to ring. The desire to get out in the community, particularly schools, is significant to the goalie, in part because he understands what the experience must feel like for the kids on the other side.

“A lot of the time, guys go out, and kids ask where they’re from. Saskatchewan and Vancouver may as well be a different planet for these kids,” Regan joked. “I think it means a little bit more — you can see it when I say, ‘Hey, I grew up just 20 miles from you guys. I went to high school down the street [at St. Sebastian’s in Needham].’ It shows them you don’t have to be from halfway across the globe to be a professional hockey player and succeed.

“I think it helps, too, that I was a four-year college guy and graduated. I kind of bring it back to education being really important. You can go to school, get your degree and still be able to have some fun with your life.”

Regan, now 25, graduated in 2008 from the University of New Hampshire as the school’s all-time leader in wins (70), saves (3,235) and save percentage (.928), and garnered countless honors for his performance, including the Hockey East Player of the Year and Walter Brown awards as a senior. But perhaps even more notable, he graduated with two degrees, one in finance and the other in economics. Moreover, he was a regular fixture on the Hockey East’s All-Academic Team.

Regan credits his parents for helping him set his priorities at an early age.

“My parents always pushed me,” he said. “Education was first, but hockey really opened up some opportunities for me. I went to a really good private school because I was playing hockey. But my parents said, ‘Take advantage of that. Don’t just go there, play hockey and screw around. You can get a great education.’ I was able to get a scholarship to college, which was huge. Where I came from, the state I grew up in, not everyone goes to college. You’re basically going to college for free.

“That’s what my parents said, ‘Go play hockey, put everything you have into that, but at the same point, you’re going to have to do something after hockey, so make sure you focus on your education and take advantage of the opportunities given to you … have something in your back pocket as Plan B.’”

A realist, Regan knows that “Plan B” could be necessary sooner than he’d prefer, so the degrees he earned at UNH should set him up nicely in the future.

“It always interested me, the economy,” Regan said. “It’s something that, no matter where you are, even if you’re in the NHL — the average NHL career is what, two or three years, something like that? Even if you’re a 15-year guy, you don’t want to be 40, 45 years old, and not know what you’re going to do with the rest of your life. It’s always good to have options open.”

That being said, Regan’s not rushing his hockey afterlife. In just his second full season since turning pro in 2008, the Boston prospect is 8-11-0 in 21 games for Providence this year, while leading the team with a 2.54 goals-against average and .915 save percentage in a backup role to Dany Sabourin.

Now in the waning moments of the regular season, the league’s end-of-year awards are only a few short weeks away, and Regan’s P-Bruins Man of the Year honor makes him one of 29 finalists for the AHL’s Yanick Dupré Memorial Award, given to the league’s overall Man of the Year. The award is named after the late Yanick Dupré, a former Philadelphia Flyer and AHL All-Star with Hershey, who died in 1997 at the age of 24 following a 16-month battle with leukemia.

For Regan, the distinction of winning the Dupré Award would be a special one, but he says it would symbolize something much greater.

“It’s more recognition, winning that award, but it’s also more of a stepping stone,” said Regan. “I think if you’re honored with something like that, you’re looking to do more. Even just getting this award from the team, I’m thinking, ‘If I’m back next year, to really earn this award, I should go out and do more and get the name out there in the community.’ It’s always nice to be recognized, but it’s really good just to give back as much as you can.” 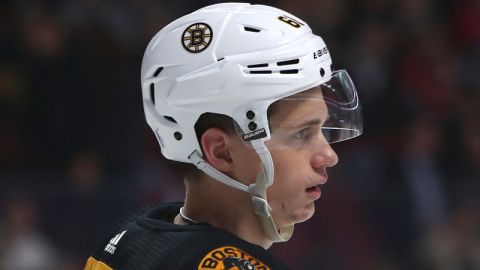 Is Jack Studnicka Answer To Bruins’ Shootout Woes? Check Out This Highlight Goal 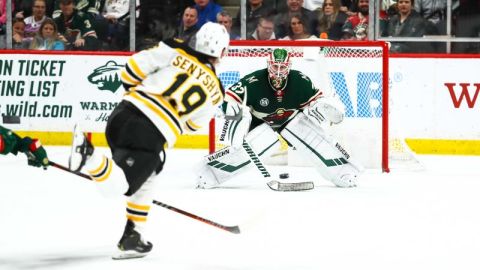