Andrew Ference was on the ice at Ristuccia Arena in Wilmington on Tuesday as the Bruins held their first practice of the postseason.

Ference has been on the shelf with a recurring groin/hernia injury since March 25 but has been skating recently. On Tuesday he had good news for reporters.

“It’s as good as it’s going to get,” said Ference. “I’m just waiting to see what the coach and doctors say.”

Ference did say, though, that should he get the thumbs-down from the decision makers, he will not complain or push hard to get in there because if he’s truly not healthy enough, he does not want to be a detriment to the team.

“It?s important that healthy people are in there that can benefit the team,” he said. “So if my injury?s good enough, then obviously you do anything you can to get in the lineup. I?ve said it before, you need to know where that line is of being selfish and helping the team. If it?s not good enough, then it?s not going to help the team to be in there.”

For the record, Julien deemed Ference playing a “possibility.”

“I think he’s feeling better,” said Julien on Tuesday. “He’s looking good, but until he gets the clearance from our doctors and medical staff, he’s only a possibility.”

Day Off Should Aid Jacoby Ellsbury’s Return From Rib Injury 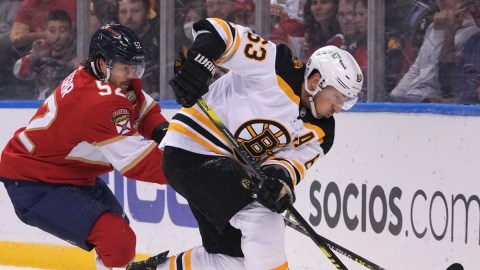