Report: David Ortiz Will Not Start for Red Sox on Thursday - NESN.com Skip to content

David Ortiz has been told he will not be in the lineup for Thursday's rubber game against the Twins, according to USA Today's Bob Nightengale via Twitter.

Ortiz, who struck out twice in Wednesday's 6-3 victory, has a .154 average through seven games. His 13 strikeouts put him on pace for 299 strikeouts on the year. Such a number which would blow away Mark Reynolds' record of 223, set in 2009.

Big Papi's slow start has been a popular topic in the season's early going, and there are those wondering if he should be relegated to permanent bench status.

Minnesota will be throwing Francisco Liriano on Wednesday, a fireballing left-handed starter. Mike Lowell is likely to draw the start at DH for the Red Sox, who are 4-4 on the year.

Boston will counter with Tim Wakefield on the mound in a 1.10 p.m. start. 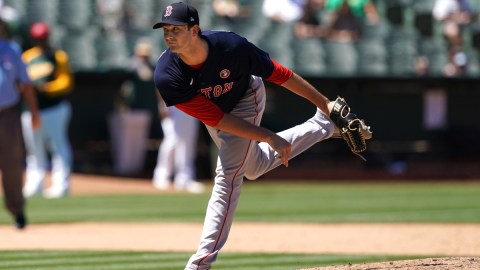