Glen Davis earned a spot in the Celtics' starting lineup during the team's playoff run last season, and according to Kendrick Perkins, "Uno-Uno" will start Tuesday night.

Davis will replace the suspended Kevin Garnett in the C's Game 2 against the Miami Heat at the TD Garden, WEEI.com reports.

"It is Baby," Perkins told the Web site. "He's been there before. We have got trust in Baby, so we know he's going to come out and play hard and do what he has to do."

Davis played 53 of 54 games off the C's bench in the regular season, and averaged 6.3 points. His only start came in Boston's regular-season finale against the Bucks on April 14.

Davis averaged 15.8 points and 5.6 rebounds in 14 postseason starts last season, and he hit the game-winning shot in the Celtics' Game 4 victory in the Eastern Conference semifinals against the Magic.

The C's forward will face the task of defending Miami's low-post players, including Jermaine O'Neal, Michael Beasley and Udonis Haslem. 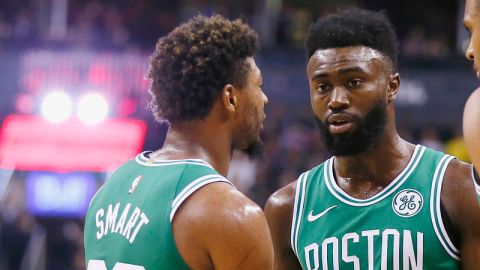