Bill Belichick, Robert Kraft and the rest of the Patriots brass can rest easy knowing that the Raiders are still looking at double-digit losses in the 2010 season.

Oakland failed to land Eagles quarterback Donovan McNabb, who was traded to the Redskins on Sunday, less than a week after the Raiders were considered the favorites to acquire his services. The Patriots hold the Raiders’ 2011 first-round draft pick from the Richard Seymour trade, and Oakland has been granted a top-eight pick in each of the last seven seasons (an average selection of 5.1).

The Raiders were 5-11 last season, but they had a stout passing defense and an improving run defense. The addition of McNabb probably would have put them in position to win eight or nine games, particularly in the inconsistent AFC West. That, in turn, would have cost the Patriots a number of spots in the 2011 draft.

Obviously, that point is now moot. The Redskins reportedly sent Philly their 2010 second-round pick (No. 37 overall) and a conditional selection in the 2011 draft (either a third- or fourth-rounder) — a very fair price for a franchise quarterback.

Washington has a new head coach in Mike Shanahan, a very solid defense and the fourth overall selection in this month’s draft, which could turn into Oklahoma State left tackle Russell Okung. It also saves the Redskins from gambling on Notre Dame quarterback Jimmy Clausen, who has been the subject of mixed reviews from draft analysts.

This trade really shakes the landscape of the ultra-competitive NFC East. The Eagles (11-5 in 2009) will hand the franchise to untested quarterback Kevin Kolb, who has completed 79-of-130 passes (60.8 percent) for 885 yards, four touchdowns and seven interceptions in three seasons as a pro. This trade also indicates the Eagles believed they weren’t a Super Bowl-caliber team in the 2010 season, and they were ready to rebuild.

By acquiring McNabb, the Redskins have finally addressed a quarterback issue that has plagued them for the majority of the last two decades. They’ve had some good signal-callers, but never an elite one. Granted, the 33-year-old McNabb is on the downswing of his career, but he still makes the Redskins a borderline playoff contender.

And finally, McNabb can go about his business with a little more peace of mind. The city of Philadelphia never embraced him, despite posting Hall of Fame-worthy statistics and leading the Eagles to eight playoff appearances. And the organization hardly treated McNabb with a consistent level of respect, placing him on the trading block a handful of times before officially sending him out the door to Washington.

Philly made a curious decision to trade McNabb to the Redskins, and it could have happened for a couple of different reasons. They might have simply taken the best offer on the table, and that could turn into an irresponsible decision if McNabb whips them twice every season during his tenure in Washington. Or, the Eagles just felt that McNabb was all done, and he wouldn’t be a big threat down the road in D.C.

If that was the case, it was one final slap in the face for a quarterback who deserved better from Philadelphia. 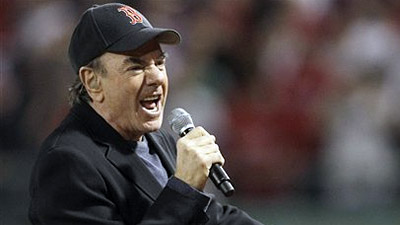