The Commonwealth of Massachusetts is known for many wonderful things, but delicious lobster, vicious politics and the ambitious Red Sox are usually the top three things that come to mind when thinking of the Bay State.

Now that Manny Pacquiao has gone public with his desire to seek a seat in the Philippine Congress, many New England sports fans should be thinking to themselves: which current or former Red Sox, Bruins, Celtics or Patriots player would be a nice fit in office here in the fine state of Massachusetts?

Curt Schilling: He's an obvious choice, and it's not just because of his attention to detail, love for the public eye and towering presence. Schilling was even asked to run for Ted Kennedy's vacant Senate seat which eventually went to Scott Brown, whom the former Red Sox righty endorsed. He campaigned for president George W. Bush in 2004, announced his support for John McCain in the 2008 presidential election and publicly criticized democratic Senator Hilary Clinton for her critical comments on the war in Iraq.

Tom Brady: The quarterback may not know much about the political world, but his approval ratings would likely stay right around his career QB rating as long as he takes his first lady and Super Bowl rings everywhere he goes.

Cam Neely: Try saying "no" to No. 8. The former winger is getting plenty of experience as the current vice president of the Bruins.

Manny Ramirez: When things go wrong, the old "Manny point" or "Manny shoulder shrug" cheers everyone up. Just like that: errors, laziness, distractions — and if elected, even law-breaking violations are forgiven with a laugh.

Don Cherry: Image is everything, and the former B's skipper has his down pat.

Pedro Martinez: Have you seen a more confident and convincing (don't answer this, Grady Little) Boston athlete in the last decade? He called out "the damn Bambino" in the middle of a postseason battle with the New York Yankees for God's sake.

Bill Belichick: Try getting him to leak any information at press conferences — the best sports writers in the nation can't get him to crack about simple injuries to practice-squad players.

Doug Flutie: What can't he do? If he has time away from his men's rec. hockey league, men's rec. baseball league, the drums and dominating foul balls at Fenway Park, maybe he'll have time to campaign, and win. No Hail Mary's needed with this Natick native and New England icon.

Walter McCarty: One reason, and one reason only. To quote Tommy Heinsohn: everyone "Loves! Walter!"

Jerry Remy: From Somerset, Mass. to second base at Fenway to president of Red Sox Nation, the RemDawg has recently established himself as a restaurateur with the latest and greatest sports bar to hit the Fenway scene. He also has a pretty solid summer gig that comes with plenty of publicity alongside his pal (and potential runningmate?)  Don Orsillo.

Who would get your vote? 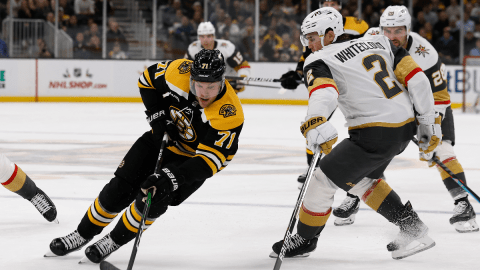