Undrafted Free Agents Have Many Role Models to Look to on Patriots Roster - NESN.com Skip to content FOXBORO — With all of the scouts, evaluations, meetings, big boards, little boards, trade discussions, casual conversations and hyperbolic hype, one would think the NFL draft would be an exact science by now.

Yet guys like Tom Brady, Wes Welker and Leigh Bodden can watch the draft on the couch each April, have a good laugh and throw popcorn kernels at the TV. They've made it in this league, accomplished some nice things and signed contracts worth enough money to buy Radio City Music Hall and blow it to oblivion.

At least Brady was drafted, though. Welker and Bodden are among the 31 undrafted players who are currently on the Patriots' roster, which includes the eight they signed last week. Naturally, a chunk of those 31 players will thrive in New England next season and beyond, while others will return home, find another job and pray for a phone call that might never come again.

The odds are clearly against players who go undrafted — not just in their initial training camp, but in the many that they hope will follow.

"If I had anything to say to [New England's newest crop of undrafted free agents], it would be just to listen," said defensive lineman Mike Wright, who was undrafted in 2005. "Watch the older guys. Those guys have been around here for 10 years, 12 years, and that?s what I did. I watched the guys in front of me and learned from them because they've been around the longest. Listen to your coaches because we have great coaches around here, especially [defensive line coach] Pepper Johnson in my case, who has made me the player that I am. I'm continuing to get better, and that?s what [the new undrafted players] need to do."

Wright entered his first camp with a proverbial pink slip already attached to his everyday attire. He wore No. 69 — in blue. Undrafted guard Ryan Krug, the guy wearing No. 69 in white, wasn?t so lucky, eventually earning that literal pink slip. Wright then found out he made the team when he was asked if he wanted to wear a different number, and he chose No. 99.

Even after his best season in 2009, Wright's spot on the team isn?t secure. He'll definitely have a good advantage, for sure, but he'll square off with Damione Lewis, Gerard Warren, Ron Brace and Myron Pryor, among others, in a wide-open competition for a handful of spots. It's taken a string of good health, physical talent and positional versatility to last this long in New England, and Wright knows it needs to continue through the summer and into fall.

"I guess I've had some luck along the way with health and with help from my coaches," Wright said. "I'm just really fortunate and looking forward to this season."

Linebacker Gary Guyton is another Patriot who has beaten the odds. After running the fastest 40 time among linebackers at the 2008 combine, Guyton was steamed that he went undrafted. When the Patriots called him after the draft, he famously asked them, "If you wanted me, why didn?t you draft me?"

Belichick might not have had the best answer, but he could provide Guyton with a great situation. The linebacker could take his time behind Tedy Bruschi, Mike Vrabel, Jerod Mayo and Adalius Thomas, and Guyton eventually showed his ability to learn the system and progress in his role.

"Will it be something I forget?" Guyton said about going undrafted. "No. The draft is a big day for kids and for young guys like myself coming in. This is what you dream about every day. Will it affect me? No. Will it make me or break me? No. I?ll remember it, but it?s OK, though."

Going undrafted means less money and less glory, at least right off the bat. But it does no good for a player to get selected by a team that's a bad fit for his skill set. In that case, he could get forced into a different role based on the team's need, or just find himself buried in the depth chart or practice squad. His chance to grow and develop — no one will dispute that an undrafted player has plenty of flaws to flush out over time — could be handcuffed, and that could wind up being his only chance to latch on with an NFL team.

Bodden is a perfect example. He signed with the Browns in 2003 and stayed afloat in head coach Butch Davis' system, but former Patriots defensive coordinator Romeo Crennel took over as Cleveland's head coach in 2005, and his system enabled Bodden to thrive. Bodden signed a big-money contract, started 36 games from 2005-07 and intercepted 11 passes before he was traded to Detroit in 2008.

After faltering in Detroit, Bodden found his way to New England in 2009, succeeded in a familiar defensive system and re-upped for five years and $28 million earlier this offseason. He'll enter the 2010 campaign as the solidified starter, proving that hard work and a few lucky bounces can transform an undrafted free agent into an NFL star.

"My motivation, I tell people all the time, is I?m undrafted," Bodden said. "I?m still an undrafted guy. I still feel I have to prove myself every year. I know there?s always a guy like me. When I was a rookie, I was an undrafted guy. I wanted to be on a team. I wanted a spot, so I know there?s a lot of young guys, hungry to get their feet wet in the league, wanting to play and start. That?s what any football player in the league wants to do. That?s what keeps me motivated and keeps me going."

Bodden still displays the same mentality that caused him to beat those odds, and it will be up to the next edition of draft snubs to learn from a worthy class in New England. 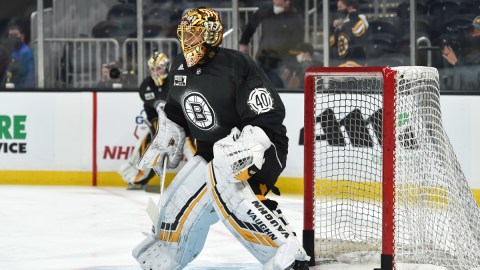 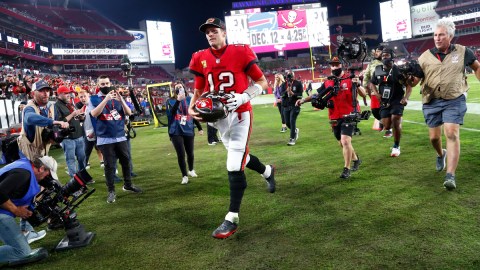