Celtics fans had a nauseating feeling on Tuesday night, watching Derek Fisher, Kobe Bryant and the rest of the Lakers take a 2-1 series lead.

But nothing was more disheartening for Celtics fans than seeing their superstar from the previous game, Ray Allen, become completely invisible. After setting an NBA Finals record with eight 3-pointers two nights prior, Allen missed all 13 of his shots on Tuesday, finishing with two points in 42 minutes and missing all eight of his 3-point attempts.

And no one was more disappointed than Allen himself.

Less than 24 hours after their loss, the Celtics were back on the court at the TD Garden, hoping to remedy their mistakes from the night before — including Allen, who had the most surprising turnaround performance from the previous game in the series.

"I give them credit," Allen said on Wednesday morning, "because truly, there were a couple of shots I took that they got their hands on. Their defense did a good job."

A visibly exhausted Allen spoke about waking up numerous times throughout the night after Game 3, not getting much sleep before reporting back to practice and watching game tapes early in the morning.

However, Allen dismissed a report that said he was at the Celtics practice facility at 7:30 a.m. on Wednesday, just hours after the loss. Allen smiled, said he heard someone report that and then acknowledged that those antics would be more detrimental to himself than anything else. Allen said it's all about rest right now. The missed shots just make him want to get back out on the court and work harder.

"A night like [Tuesday], it's what makes you work hard, shoot 'till sometimes your hands feel like they're bleeding," Allen said. "I've done this over and over again."

This is bad news for the L.A. Lakers. Both Allen and Celtics captain Paul Pierce did not have solid performances in Game 3 — so you can bet that it won't happen again.

In fact, their teammates agree.

"I would have bet my entire life savings that he wouldn't go 0-for-13 in that game," Glen Davis said. "There's no way."

"Yeah, we'd have been broke," he said. "It may happen again, but it probably won't. Ray is human. He's just got to keep his mind right and be ready to play."

Allen himself knows how to put it all in perspective after 14 years in the league.

"If this were golf right now," he said, "it might be a little daunting knowing I'm going out there by myself. But I have good teammates and a good coaching staff, and I just trust them."

The Celtics, including Allen, made their adjustments in practice on Wednesday, and with a quick turnaround facing them for Game 4, they hope they've corrected the problems that ailed them on Tuesday night. 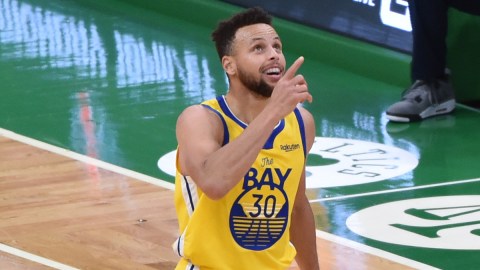