I write to you as no more than a humble columnist.

We do share in common that neither of us is a mathematician.

But the math on this year’s offseason is pretty simple for the Celtics.

If Rasheed Wallace doesn’t reach a buyout agreement and simply walks away from the $13.1 million left on the table, Boston is on the hook for $57 million in contracts next year.

That’s with five guys on the roster.

The salary cap for the 2010-11 season is expected to be $56.1 million. In other words, you’ve got five players, and you’re already breaking the ceiling.

The only possible options, in that case, would be to bring Ray Allen and much of the bench back under various salary-cap exceptions, and sign another mediocre sub with the mid-level exception (i.e., Brad Miller, the oafish guy who’s got bad blood with Rajon Rondo).

In essence, while the rest of the league improves in the biggest free-agency season in recent memory, you guys would stand pat, get a year older, and play the first couple of months of the season with Miller (or some other mid-level big man) as your starting center, while Kendrick Perkins recovers from major knee surgery.

That is a scary proposition.

I have a far better idea. This might jar you at first, but bear with me — I’m trying to help you become two-time champions here.

You restructure your contract.

You’re due $21.5 million in a player option, but it’s only for one more year.

New deal: You get four years, $40 million. That would leave your team with about $9 million to throw around in free agency (would be more, but NBA teams have to count a total of 12 players against their cap — at the moment, again, there are only five signed in Boston).

Now I’m well-aware of how crazy that sounds, but let me approach the argument from four different angles.

1. Money
I know. It’s a significant pay cut. But only for one season, and in the end, you make more money. Who knows what will happen with the collective bargaining agreement after this season? You could be left on the outside looking in, with a significant reduction in maximum salaries.

Take the four-year deal now, while it’s on the table (as long as the offer’s coming from the Celtics, that is).

2. Ray
Perhaps you’re thinking that by not restructuring, you’re effectively ensuring Ray stays a Celtic. Without more salary-cap space, after all, Danny Ainge’s only move is to stick with players already on the roster.

But this restructuring doesn’t change that. Danny and the Boston brass can sign a top-tier free agent with the extra cash, then re-sign Ray with the mid-level exception (admittedly, this scenario would require the C’s to relinquish their “Larry Bird rights” to Allen).

3. Legacy
I think Ray would be willing to take the MLE to stay in Green.

Much as Tom Brady signed a well-below-market-level contract with the Patriots in 2005. Why? Because he wanted another ring. He wanted to build his legacy, not just as a winner, but as a man who put his team and his franchise above a few million dollars — especially when he, like you, had more than he knew what to do with, anyway.

It worked out well for Tom. He’s loved by Gisele Bundchen, and so loved by Bostonians that he gets away with wearing a Yankees hat and hobknobbing with Kobe Bryant during the Finals.

This move would make you a hometown hero for generations to come.

4. Ring(s)
So, too, would more championships.

And there’s little doubt that putting another $9 million in Danny’s hands would go a long way toward accomplishing that goal.

Think of the possibilities: Dirk Nowitzki, David Lee, Amare Stoudemire, Josh Howard — some, if not all those options, would be available to the C’s under this restructuring scenario.

So get together with Danny, think it over. Stroke that ring on your finger as you ponder the possibility. And imagine how great it would be to have another one right next to it. 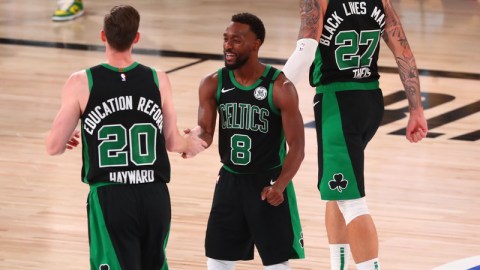 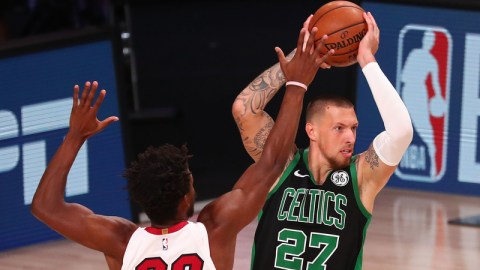 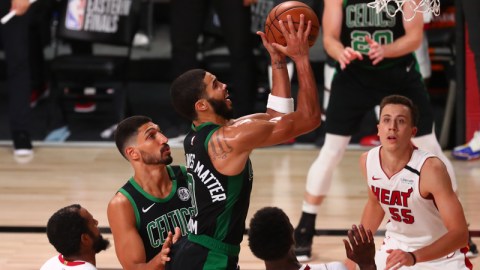