Jason Pierre-Paul Can't Hold Out If He Wants to Make Immediate Impact - NESN.com Skip to content

Jason Pierre-Paul has one job with the New York Giants: make Osi Umenyiora obsolete if he remains unhappy or lands on the injury report.

Replacing a guy who has 40 1/2 sacks in the last four seasons is a tall order for a rookie defensive end with only one year experience playing Division I football, but the freakishly athletic Pierre-Paul has always wowed spectators. In his first season in the NCAA at South Florida in 2009, the 6-foot-5, 270-pounder finished All-Big East after racking up 6 1/2 sacks in 13 games. He totaled 10 1/2 sacks as a member of Fort Scott Community College in 2008 and another 14 in junior college in 2007.

Pierre-Paul used the same unbelievable athleticism that helped him get to the quarterback while at USF to stun scouts at the NFL combine, which is exactly why the Giants selected him 15th overall and expect him to immediately contribute. That, and his unique skill of doing 14 straight backflips.

"We think [Pierre-Paul] has the biggest upside of any player in the draft,? Giants general manager Jerry Reese told ESPN.com after the NFL draft. ?We think the sky is the limit. With the speed that he has, the long arms that he has, the athletic ability that he has, those kinds of things come naturally … raw, oozing with that kind of talent. The motor that he has, it is hard to find a package like that. He has some freakish athletic skills, which we are excited about trying to hone."

There?s just one problem. He has yet to sign his contract and, barring a deal Saturday night, will miss the start of Giants training camp on Sunday, Aug. 1.

Missed practices make adjusting to the speed of the NFL and understanding the playbook exponentially more difficult for rookies, and for a player who has always erred on the side of athleticism, Pierre-Paul soon will discover that the 315-pound offensive tackles in the NFL are capable of swallowing him up.

While Umenyiora will rehab from a nagging hip injury and compete with Mathais Kiwanuka for the starting defensive end spot opposite Justin Tuck, Pierre-Paul may be conspicuously absent. And with Earl Thomas (14th overall) and Derrick Morgan (16th overall) both still unsigned, the Giants do not have a contract to use as leverage in negotiations, making a lengthy holdout more plausible.

For the Giants? sake, that better not happen. After all, the man with the biggest upside and limitless potential can?t make people forget about Umenyiora if he isn?t practicing. 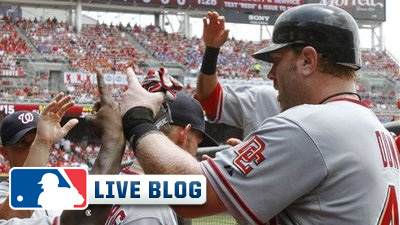