After 1.7 million votes were cast from around the nation, Lenny Moitoso was named the Red Sox All-Star in the "All-Stars Among Us" campaign run by the MLB and People Magazine.

"All-Stars Among Us" chooses a representative of each major league team based on serving one?s community in extraordinary ways. A Fairfield, Conn., native, Moitoso was recognized for his contributions as a member of Ludlowe Corps, which sends students to developing nations to embark on health, education and environmental projects.

Moitoso and the 29 other All-Stars will be honored during the pregame of the MLB All-Star Game on July 13.

Josh Hamilton Back on Top for Surging Rangers 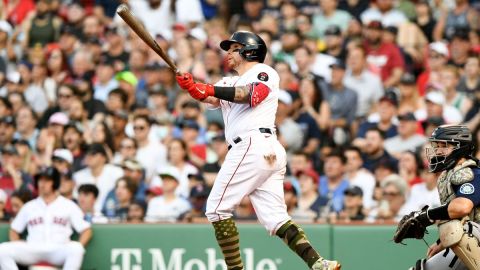