Jerod Mayo's Competitive Fire Burning As Strong As Ever - NESN.com Skip to content Midway through Jerod Mayo's 2008 rookie season, the inside linebacker already looked like one of the most promising defensive players in the league. He suffered a knee injury in the 2009 season opener that limited his game for much of last year, although his tackling statistics hardly showed it. Now, fully healthy and with two seasons under his belt, what can the Patriots expect from Mayo in 2010?

Mayo has easily led the Patriots in tackles during each of his two seasons, compiling 252 total tackles (166 solo) in that span despite missing three games in 2009. The Tennessee product registered 139 takedowns (93 solo) in 2008 and 113 (73 solo) in 2009. He's averaged 8.7 stops per game in two seasons and would have been on pace for a similar tackling total in 2009 if he never got hurt — although, his totals may have been even higher, as if Mayo never suffered a knee injury in Week 1, he wouldn?t have been as limited in his first few games after returning.

Mayo is one of the most respected players in the New England locker room, evidenced by his elected captaincy last season despite being the eighth-youngest player on the 53-man roster at the end of the season.

The 10th overall pick in the 2008 draft is a relentless worker. He's mastered the show-up-early, stay-late mantra, and he's got more film experience than Alfred Hitchcock.

In true workaholic fashion, despite being told he was excused from the first week of New England's voluntary team activities — which were geared toward the development of less-experienced players — Mayo was on hand, watching from the sidelines. It's the sign of leadership and an unconscionable desire for self-improvement.

"We're all out here competing," Mayo said of his decision to watch those OTA sessions. "I don?t want anybody to get an edge on me, so I'm always trying to get better as far as the mental aspect and the physical aspect."

The Patriots can continue to expect big things from Mayo, including in responsibilities as a mentor. He'll be crucial in the development of other younger linebackers Gary Guyton, Tyrone McKenzie, Brandon Spikes and Jermaine Cunningham.

Mayo will also be one of the few constant forces in New England's defensive youth movement. As the players fill in around him, he'll be expected to line them up properly and put them in position to succeed on a play-by-play basis.

That?s a lot to put on Mayo's shoulders, but he's been through the drill for two years and hasn?t yet settled for anything close to average. In spite of Mayo's established reputation, he is still trying to break through new doors and improve exponentially.

That?s why the Patriots can continue to expect excellence from their franchise-caliber linebacker.

NESN.com will answer one Patriots question each day until July 24.

Thursday, July 15: How effective will Wes Welker be after knee surgery?

Saturday, July 17: Can Zoltan Mesko add some life to the punting unit?

Which Pitcher Will Be Most Important to Red Sox’ Run to Playoffs?

Peyton Manning Must Carry the Colts Once Again 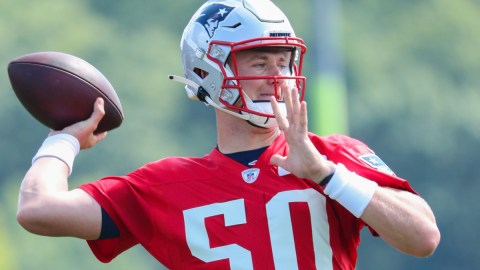 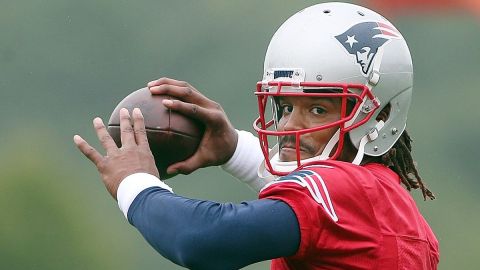