The second half of the season began in difficult fashion for the Red Sox. They will try to get things going again Friday when they take on the Texas Rangers in the second of four games at Fenway.

The Rangers jumped all over Tim Wakefield and the Sox for six runs in the first inning Thursday, rolling to a 7-2 victory. It gave Boston six losses in eight games and dropped the club 5 1/2 games out in the American League East.

The Sox played without third baseman Adrian Beltre, who hopes to return from a sore left hamstring Friday.

With Clay Buchholz still on the disabled list, rookie Felix Doubront gets the call again for Boston. Colby Lewis is on the mound for Texas.

The Sox have won 10 of the last 14 meetings in Fenway Park.

This will be Doubront's third start for the Red Sox and second in a row in place of the injured Buchholz. He has pitched well in his first two outings but hit the wall in the sixth both times.

Facing the Tampa Bay Rays on July 6, the lefty allowed two runs in 5 2/3 innings, issuing three of his four walks in the sixth before being removed. He has yet to allow a home run in 80 1/3 innings between the majors and minors this year.

Lewis has been one of the Rangers' most consistent starters. He has not allowed more than four earned runs in his last nine starts and has worked at least six innings in eight of those outings.

The big right-hander has a 3.14 ERA in six games (two starts) against the Sox.

With Cliff Lee looming on Saturday and a 10-game road trip on the horizon, the Sox could really use a win Friday. One potential issue lies in the fact that Doubront is likely not more than a six-inning pitcher right now, at the most, and four Boston relievers had to get through seven innings in the opener.

With the All-Star break, many of the arms are rested, but there could be an issue in the middle innings if Doubront falls victim to a dangerous Rangers lineup.

Should Adrian Beltre Have Played in the All-Star Game? 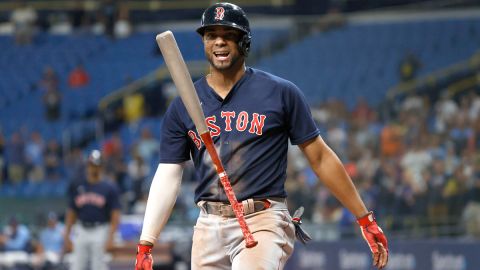