Yankees and Red Sox fans hardly ever hide their disdain for one another when the two teams clash. It's not uncommon for fights to break out in the stands when fans represent the rival team in the opposing stadium. At the very least, you're going to get an extreme tongue lashing coming at you from all directions.

Yankee fans are trying to help members of the Fenway faithful avoid this tussle in the Bronx, and on this week's episode of The Pretty Good Sports Show on ESPN.com they gave a crash course in wardrobe selection for Red Sox fans heading to Yankee Stadium this weekend. In the comical video segment, two Yankee fans were shown different shirts of various representations and were asked for their knee-jerk reactions.

When it comes to the Yankees-Red Sox rivalry, half the fun is getting into screaming matches with the opposing team's fans, but if you want to avoid that altercation, check out the video below for a Yankee Stadium wardrobe tutorial.

Sammy Morris’ Family Helping Him Through Grind of Training Camp 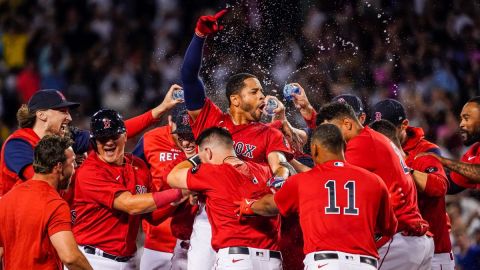