How can you explain the comparative weakness of the NBA's Eastern Conference over the course of the last decade?

In a nutshell, it's the bottom-feeders — there's never been a conference as bottom-heavy as the East is right now. So many stinkers, every year, with Indiana, New York, Philadelphia and Washington bringing up the rear season after season. But there's one doormat that's risen above (or should that be sunk below?) all the rest, and that may continue. Are the Nets still the worst of the worst?

There's never been a worse time to be a basketball fan in New Jersey. The Nets lost 70 games last season, most in franchise history, going on five separate losing streaks of eight games or more. The Nets weren't inconsistent — no, on the contrary, they were consistently bad. Horrendous. One of the worst teams the Association has ever seen.

The big storyline of their season, in fact, was their "chase" of the Philadelphia 76ers' ancient record for losses in a single season. The Sixers have long held their own dubious place in the NBA history books — they lost 73 back in 1972-73, and no one's been able to touch that mark since. (Ironically, that last-place finish landed them the No. 1 pick to select Doug Collins, who was hired this summer, 37 years later, as their head coach. But I digress.)

It wasn't until March 29, when the Nets beat the Spurs on their home floor to earn win No. 10, that they were guaranteed to avoid the record-breaking season. But while they weren't the worst ever, they were still the worst in today's NBA for a while. And it might take a while for them to reverse that trend.

The Nets may have been abysmal, historically so, last year. But there are a few reasons for hope in New Jersey:

Add it all up, and you've got a Nets team that can't help but climb the East ranks at least a little bit.

When you're as bad as the Nets were last season, the easy expression to fall back on is "it's all uphill from here." But in the Nets' case, it really is.

Next season will be better for the Nets. It just has to be.

Sept. 2: When will the Knicks become relevant again?

Sept. 3: Who misses their departed superstar the most — Cleveland, Toronto or Phoenix? 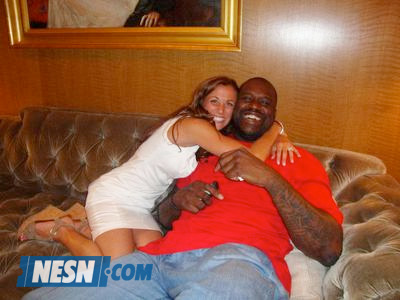