When news of the Manny Delcarmen trade started airing throughout Boston, most fans and media outlets echoed the same sentiments. Good for the Red Sox, and good for Manny Delcarmen.

Delcarmen grew up just down the road in Hyde Park, Mass., and it was a lifelong dream of his to play for the Boston Red Sox. He fulfilled that dream for six seasons, but now it's time to move on to the next team.

NESN Red Sox announcer, Don Orsillo felt shocked by the news of the Delcarmen trade for prospect Chris Balcom-Miller, but others in the city felt relief. Delcarmen's struggles in Boston are over, and it's time for him to try something new. In turn, it allows the Red Sox to move down a new road as well.

What were your feelings about the Delcarmen trade? There's no denying that the righty became an unreliable go-to reliever in the Red Sox bullpen. Delcarmen wasn't holding his own when called upon, so are you happy to see him go?

Furthermore, what awaits Delcarmen in Colorado? The fresh, mountain air may do his body good, and a new look in a National League regimen provides him with a new batch of batters to face, ones that may not be so familiar with his pitching style. Both factors could benefit the young reliever.

The Rockies could use some help in their bullpen, and Delcarmen has definitely shown — in small bursts — that he still has the stuff that made him a solid go-to reliever in the past. As Colorado rallies for the National League wild card, a fresh face in the bullpen could help them tackle the 5-1/2 game lead held by Philadelphia.

Not every player is meant to be a lifer on the team that drafts them, even if it is a childhood dream. Now it's time for the Pride of Hyde Park to head west to start anew.

Do you think the change of scenery will help Manny Delcarmen improve his pitching performance? 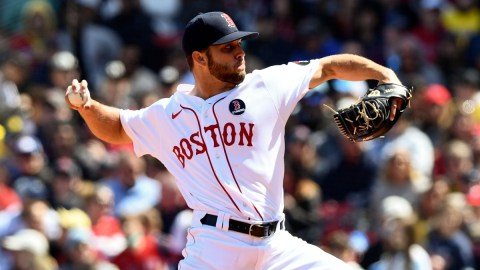