Continuing NESN.com?s unveiling of our Preseason Top 10 Prospects in the Bruins system, we take a look at No. 4, defenseman Yury Alexandrov.

Analysis
Alexandrov possesses plenty of skill, but still has a lot of areas to work on to be ready for NHL duty. He?s an elite passer who excels in the transition game and head-manning the breakout. He?s also a very sound positional player in his own zone, using his high hockey IQ and quickness to cover a lot of ground and cut off passing lanes. He doesn?t play very physically, and will need to adjust to the smaller rinks and heavier hitting of the North American game. To do that, he will also need to add strength and bulk to his lanky frame. He also has to deal with adjusting to the cultural and language differences when he comes over to North America this year, which could be especially difficult as he is the only Russian on the Bruins training camp roster. After impressing in last year?s Development Camp, he had a disappointing showing this July as his conditioning was not up to par, and he struggled in the fitness testing. He did look better once things shifted to the ice, where his experience and hockey sense showed that he can indeed have a bright future if he commits himself to improving his overall game.

Notable
Has played professionally in Russia for the past five years, starting when he was just 17. Spent the past two seasons playing in the KHL, arguably the top pro league in the world outside of the NHL. ?
After being listed as "Yuri" since being drafted in 2006, the club discovered this summer when he came over for the Development Camp that his first name is actually spelled "Yury" on his passport. ? Served as captain of Russia?s World Junior team in 2008. ? Three of his six goals last year came on the power play. ? Has attended each of the last two Development Camps the Bruins have held the past two summers. ? Was a teammate in Cherepovets with defenseman Maxim Chudinov, a seventh-round pick of the Bruins this June. The Bruins did not pick any other Russian players between Alexandrov in 2006 and Chudinov this year.

Quotable
"You can tell when the game starts, his positional play, his understanding and his stick positioning is very, very good," said Bruins assistant general manager Don Sweeney at July?s Development Camp. "You can tell that?s been taught and built into his game. When you?re playing against bigger and stronger players you have to build those skills and techniques and he?s done that. To be honest with you, and this is something that we?re communicating to him, I didn?t think he was in quite as good shape as he was the year before. That?s something that he?s going to have to attack and address between now and September."

"In the team-building session, he struggled a little bit, and understandably to a certain degree," said Bruins general manager Peter Chiarelli at the Development Camp. "But what was encouraging was how he picked up the pace on the ice and how he kind of molded in with the other guys. It?s going to take him a while, but the fact that he?s been over here two years is encouraging. He?s played in the KHL and that?s a really good league. He?s got to get stronger, but he?s got a really good head on his shoulders. His hockey sense is good. He?s gap is really good, good stick, all those things that come with playing at such a high level."

2010-11 Outlook
Alexandrov?s experience in the KHL could fast track him to the NHL, but he will need some time to adjust to the North American game. That likely means a stint in the AHL with Providence to start the year. Depending on how he does there, Alexandrov could get a chance at a callup to Boston as early as this year, but he will have to look a lot better in training camp than he did in the Development Camp to earn that opportunity. He enters the season as the top-ranked defense prospect in the system and offers the kind of puck-moving skills the Bruins lack, but he will have to live up to his potential to hold on to his lofty ranking and make it to Boston.

Thursday, Sept. 9: The No. 3 Bruins prospect is unveiled. 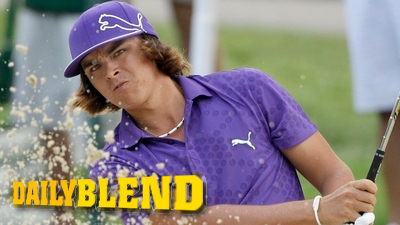 Shaquille O’Neal Gets Roasted at His ‘All Star Comedy Jam’