Marc Savard Cleared to Practice As Center Takes One Step Closer to Playing in Games - NESN.com Skip to content WILMINGTON, Mass. — Marc Savard is ready to rejoin his teammates on the ice.

The injured center isn't ready to play in any games yet — there's still no firm timetable set for that — and he won't be allowed to have any contact, though that could come soon. But Savard is about to take a significant step forward in his recovery from post-concussion syndrome, as he has been cleared to return to practice with the Bruins.

"This morning he passed one of the tests," said Bruins general manager Peter Chiarelli on Friday. "It's a conditioning test, so he's able to practice with the team, non-contact. He'll do line drills and non-contact drills. So that's good news."

Chiarelli also stated that Savard will start traveling with the team, which hosts Los Angeles on Saturday before heading to Florida next week for games against the Lightning on Monday and Panthers on Wednesday. Chiarelli expects Savard to be cleared for contact in practice next week as well.

"He's got a couple more tests to do," said Chiarelli. "They're going to take place next week. After that, he'll be able to do contact."

The biggest issue may be when the Bruins will actually get a chance to practice, as their packed schedule has left them little time for workouts between games. Coach Claude Julien gave the team Friday off for some needed rest, with only a handful of players taking advantage of the available ice at an optional skate. But Savard's readiness for the next practice is still encouraging.

"It's very good news," said Chiarelli. "If Marc were to have his druthers he'd have been back with the team two weeks ago. That's what Marc is all about. It's good news. We're in a crunch of games here. It looks like we're in a compressed schedule again, so it will be good to get a player of his caliber back, and this is a real positive step to getting him back.

"In the last three or four weeks, his color is back, his swagger is back," added Chiarelli. "Each day he's progressively getting in better mental and physical shape."

Still, Chiarelli wouldn't commit to any specific return date for Savard to play in games again.

"I've got one in mind," said Chiarelli. "I'm not going to disclose it.

"These things change, it could be earlier it could be later," added Chiarelli. "This is a real big step and the tests coming up are real big steps, but he's passed every test to date, and this was a big one also." 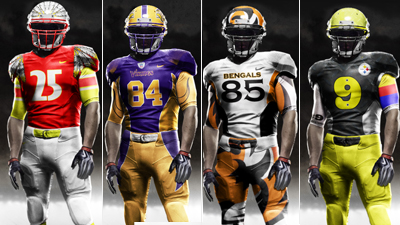