Coach Rob Murray and the Providence Bruins have dethroned the Monarchs.

“It’s been a long time since we’ve won in that building,” Murray said. “We came out strong and played well throughout the game.”

Reporter Adam Kaufman sat down with the coach to talk about the win, Matt Bartkowski’s increase in confidence, who’ll be in net against the Abbotsford Heat Sunday night and more.

Listen to the complete interview below. 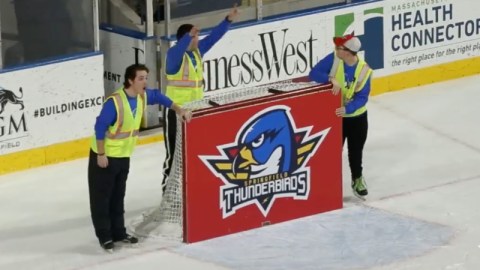