The sky is blue, and it's difficult for defenses to prepare for Colts quarterback Peyton Manning. This much the Patriots know.

He's got an elite wide receiver in Reggie Wayne, but Manning has raised the level of receivers Austin Collie and Pierre Garcon, as well as tight end Jacob Tamme, who has replaced the injured Dallas Clark. Wayne is a crisp route runner with plus-speed and excellent hands, and he is the most dangerous skill player at Manning's disposal.

The Patriots will probably double-team Wayne, a la Randy Moss, but Manning has no problem spreading the wealth to Collie and Garcon. Collie has had eight games in the last two seasons with at least six receptions, and he's had at least 11 catches twice this season. Garcon has had four six-reception games since 2009. (Collie seems unlikely to play following a concussion.)

It seems like a good possibility the Patriots will break from their mold at times and use cornerback Devin McCourty to shade Wayne, who lines up almost specifically on the left side of the offense, where cornerback Kyle Arrington lines up. Arrington would be useful in jamming Wayne at the line and making him exert energy to get off the ball, but McCourty has been the better all-around coverage corner this season.

Tamme had six career receptions in two-plus seasons before taking over Clark's role, and the unknown tight end has 24 catches for 245 yards and two touchdowns in his last three games. He's certainly no Clark — even Bill Belichick wasn't shy to say that — but Tamme has taken advantage of defenses that have looked in other directions.

The Colts pass to set up the run, similar to the Patriots' method last week in Pittsburgh, but Indy's backs have taken a real beating this season. Joseph Addai and Mike Hart are probably out for this weekend, and that will leave Donald Brown and rookie Javarris James, who spent a couple of weeks this season on the Patriots' practice squad. Brown isn't as tough of a runner as Addai or Hart, and James doesn't have a ton of speed, so it's tough to imagine the Colts being able to rear back and run it on the Patriots' fairly sturdy rush defense.

The best way to limit Manning is to pressure him, and teams have been able to accomplish that this season, sacking him 12 times (already more than the 10 times he went down in 2009). The Patriots have experienced mixed success with their pass rush this season, but their chances to rattle Manning will increase now that safety Patrick Chung is back to full speed and helps the Patriots throw more looks at the offense.

Manning is having another phenomenal season, but it's possible he's holding onto the ball longer because he doesn't have the same trust in the new wide receivers. By pressuring Manning to throw the ball more quickly, the Patriots will elevate the likelihood that those receivers make a mistake that could yield a turnover.

The Colts' defense starts on the outside of their defensive line, where Dwight Freeney and Robert Mathis could be the best one-two combination of 4-3 defensive ends in the league. Their speed is their greatest asset — something that has troubled Patriots tackles Matt Light and Sebastian Vollmer this season, although that's been mostly from 3-4 outside linebackers, not down linemen — but they're certainly not lacking in the power department. It's an absolute necessity to keep Freeney and Mathis at bay in order to give Tom Brady enough time in the pocket.

Indianapolis' defensive scheme has never been conducive to stopping the run, and its run defense has been porous again in 2010, yielding 133.2 yards per game (No. 29 in the NFL). The Patriots are going to have an opportunity to exploit that weakness with BenJarvus Green-Ellis, but Danny Woodhead's production is definitely something to monitor. The Colts' defense is built around speed, and that is something that may or may not work to the elusive Woodhead's advantage.

The Colts' cornerbacks are smart, instinctive, disciplined and make plays because they're positioned well. The Patriots know they have to be disciplined with their route running because cornerbacks Kelvin Hayden and Jerraud Powers (to a much lesser extent than Hayden) will be smart enough to recognize tendencies that result in sloppiness.

Indy safeties Antoine Bethea and Aaron Francisco are aggressive and play with good range, and they try to make plays, which can at times be a fault. In their Tampa-2 scheme, they'll be deep in the zone a lot, which opens up the middle of the field — that's often the responsibility of the middle linebacker, who will be Gary Brackett if he plays through his toe injury — and that could be a key for New England's tight ends and slot receivers.

The best way to attack the Colts' defense is through the seams with Wes Welker, Aaron Hernandez and Rob Gronkowski. Since that is generally a strong suit for the Patriots, they could be in good shape with their passing attack.

The schemes haven't changed much through the years, and the Patriots and Colts know each other overly well. While the X's and O's and the personnel on the field seem to favor the Patriots this week, it's going to come down to execution, like it always does in this rivalry. 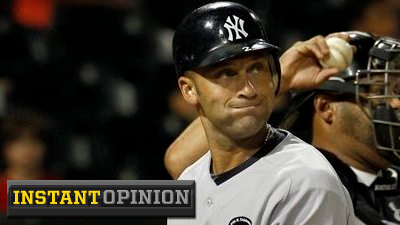