After starting November a perfect 3-0, the Providence Bruins put together another solid showing last weekend by taking two of three contests to improve to 5-1 this month following a 2-5-1-1 October.

The weekend was filled with several bright spots, but most of them waited until after Friday?s 5-2 loss to the visiting Abbotsford Heat.

Saturday, however, was a far different story for coach Rob Murray?s crew as his team played what he felt was one of its strongest games of the year at Manchester. Just 4-11-1-3 against the Monarchs in Murray?s three-year tenure as head coach, the P-Bruins skated into New Hampshire and left 3-1 winners, helped by two goals in the first 4:09, by Yury Alexandrov and Levi Nelson.

The P-Bruins were poised to extinguish the Heat on Sunday, though, rebounding from two one-goal deficits to win 5-4 in a shootout. Yannick Riendeau and Jordan Knackstedt each netted shootout goals and Michael Hutchinson blocked four of five shots for his first career shootout win.

?I hope that we can continue to play as well as we are,? coach Murray said. ?I think we found ourselves a little bit of an identity as a hard-working team that is going to keep coming at you throughout the whole game.?

Rob Murray?s Player of the Week: Michael Hutchinson, 2-0, 2.40 GAA, .921 SV%
?Big Hutch probably doesn?t understand, not the pressure ? it?s not like [Manchester] is an impossible place to win ? but [the Monarchs] definitely play a good game and it?s their home rink. Michael Hutchinson went in there and they had a real strong push in the second period where, with the help of a few posts and a few good saves, he kept the score 3-0 at the time. [Sunday] we came back home and found a way to win in a shootout.?

We?re Going Streaking
As the wins pile up, the streaks are as well for the P-Bruins. Though rookie Joe Colborne saw his five-game point-streak come to an end on Saturday, much as Matt Bartkowski could not extend his four-game stretch on Sunday, Zach Hamill currently has points in his last four contests, including eight assists to take the team lead in that category.

Meanwhile, forwards Jamie Arniel, Kirk MacDonald and Wyatt Smith each have points in their last two games, with Arniel showing a goal and two assists, MacDonald a pair of helpers and Smith one of each.

Between the pipes, Michael Hutchinson is unbeaten in his last five outings at 3-0-0 dating back to Halloween, while Nolan Schaefer has had a hot hand on the road with three straight victories on foreign ice since Oct. 23.

Still, as coaches and players will always say, it?s not about the individuals but rather about the team and the club has not disappointed with two consecutive wins overall and a five-game road point-streak at 4-0-1-0. On special teams, the P-Bruins have killed 12 straight penalties since Nov. 7 to raise their conversion rate to 77 percent. The power play has also found its strength since a slow 4-for-44 start to the season, scoring five times on its last 15 attempts.

Milestones
Two P-Bruins hit goals milestones last weekend, but on opposite ends of the spectrum. While Matt Bartkowski netted his first professional goal in Friday?s loss to Abbotsford, Jeremy Reich scored the 99th and 100th goals of his career in Sunday?s win over the Heat.

Reich, an 11-year pro, has scored two career NHL goals, both as a member of the Boston Bruins, and 98 at the AHL level. Of that total, 36 have come with the P-Bruins, including a career-best 21 in helping Providence to the Eastern Conference Finals in 2008-09.

After last weekend, Bartkowski, who had 11 goals over two seasons at Ohio State University, has 98 goals and 10 years to catch up to his captain.

Changes Expected
Rookie defenseman Steve Kampfer, who has appeared in all 11 of Providence?s games this season and ranks tied for second on the team in scoring with 11 points, will miss Friday?s game with Bridgeport due to a one-game league suspension as a result of injuring Abbotsford?s Carter Bancks last Friday.

?He was receiving a hit and he got his arm up and caught the guy with his elbow,? recalled Murray. ?Nothing vicious, just circumstantial. I think if the Abbotsford player doesn?t get hurt, there wouldn?t have even been a thought about it. It was just a play where Steve played the puck up the wall and, after he played it, he basically defended himself by getting his arms up and he got his elbow up too high, and the opposing player essentially ran right into it.

?That player for Abbotsford was injured and didn?t play the rest of the weekend. The league felt it was worth a one-game suspension, which I assumed it would be, so it didn?t come as a surprise for me that he got one game.?

With Kampfer?s absence, that opens the door for seventh defenseman Cody Wild, who has missed Providence?s last seven games as a healthy scratch. He last played on Oct. 30 at Worcester, registering one assist and a plus-one rating in a 2-1 overtime loss to the Sharks. The third-year Wild, a North Providence native, has suited up for just two games this season.

On the Mend
Max Sauve, out the last 11 games since suffering a wrist injury at Manchester on Oct. 16, will continue to sit this weekend, according to Rob Murray. The rookie forward may try to start shooting this weekend and, at best, could return to the line-up for Providence?s Nov. 24 outing at Bridgeport.

Jordan Smotherman, who sat out all three games last weekend with a lower body injury, is also expected to miss the P-Bruins? two contests this weekend.

Gone for Now
On Tuesday, Boston reassigned forward Yannick Riendeau from Providence to Reading of the ECHL. Riendeau has been in and out of the line-up this season, but has looked good in each of Providence?s last two games, which included an important shootout goal in the club?s win over Abbotsford last Sunday.

In all, however, Riendeau is scoreless in five AHL games this season and surrounded by the likes of newcomers David Ling and Brian McGrattan, along with injured forwards Max Sauve and Jordan Smotherman, neither of whom is far from from returning. So, the move to Reading gives the second-year right wing an opportunity to play and play consistently.

This Weekend
The P-Bruins have a rare two-game weekend, beginning Friday at The Dunk against Bridgeport and concluding Sunday afternoon in Manchester.

On the year, Providence has won its only meeting with Bridgeport, a 6-1 victory on Nov. 5 that kicked off the P-Bruins? current 5-1-0-0 stretch. In that game, Jamie Arniel led all scorers with three points, including two assists, while Jordan Smotherman scored two goals and Michael Hutchinson made 26 saves for the win.

This could be a new Sound Tigers team, however, as it?s been a busy week in Bridgeport. On Monday, head coach and Rhode Island native Jack Capuano was promoted to bench boss of the New York Islanders, replacing former P-Bruins coach Scott Gordon. The Tigers are now led by former assistant coach Pat Bingham, who lost 4-3 in his debut at Springfield on Tuesday. Bridgeport is now 1-4-0-0 in its last five contests.

The Sound Tigers are currently sixth in the Atlantic Division with 12 points at 6-10-0-0. Rob Hisey, Jesse Joensuu and Rhett Rakhshani each have 11 points to pace the club, which welcomed the return of veteran Jon Sim from New York on Thursday. Sim has five goals in just four games for the Sound Tigers this year.

After a Saturday evening rest, the P-Bruins will return to the Granite State to take on the Monarchs, where they are 1-1-0-0 this year.

?We should have a little swagger of confidence going into that building now, especially with our road record as it is,? said Murray, whose club is 5-1-1-0 outside of Rhode Island. ?Not only winning there [last Saturday], but the way we?ve performed on the road this year, with Saturday off, there won?t be any excuses come Sunday. We have to continue to do all the little things we?ve been doing that have been making us successful.?

Manchester is second in the Atlantic at 9-6-1-1, good for 20 points overall and just five back of Portland for first. They have won two straight games following a three-game losing skid. Third-year defenseman Alec Martinez leads the team with 16 points, including five goals and 11 assists, putting him well on track to eclipse his 30-point total from a season ago. In net, Jeff Zatkoff has seen the bulk of the action, going 6-5-1 with a 2.84 GAA. 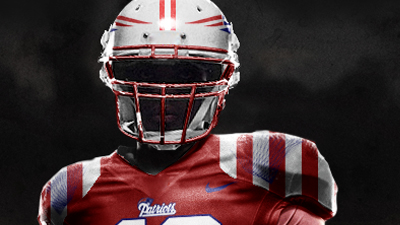