David Givens needed to change his picks up some from Max Lane to make up any ground. This week, Givens did just that, and because of it, he now leads the NESN Daily Grid Picks contest.

Givens went 3-2 for the week, but capitalized on a 2-3 week from Lane. The former Patriots lineman took the Raiders to upset the Colts, and when that didn’t happen, it ensured that Givens would take the overall lead.

Naoko Funayama and Heidi Watney had the best weeks of all the competitors. The two of them posted 4-1 records. The impressive showing moves Naoko into sole possession of third place with a .688 winning percentage.

Trailing her is Tom Caron, who dropped a game behind Naoko following a 3-2 week, thrown off — like many others — by the Monday and Tuesday night games. While TC dropped a spot, Heidi made up ground, and the two are now tied for fourth place with a .675 winning percentage.

Meanwhile, NESN.com readers continue their impressive campaign with a 4-1 record, pushing their overall mark to 56-24, good for a .700 winning percentage. 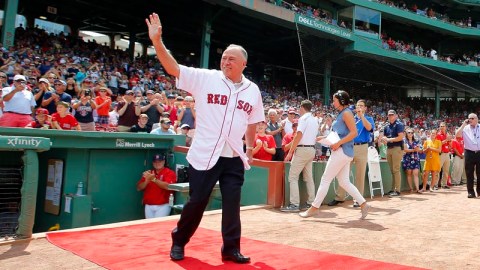