DeSean Jackson, Bill Belichick May Have More in Common Than Meets the Eye - NESN.com Skip to content

A lot of people in Dallas — including nearly every man who suited up and lost to the Eagles on Sunday — are unhappy with DeSean Jackson‘s pre-touchdown celebration inside the 1-yard line during the Eagles’ 30-27 win over the Cowboys.

The celebration is one for the ages and can be loosely classified as a mix of a Reggie Bush flip, a David Bowens broad jump/somersault and a hint of a Desmond Howard Heisman pose all wrapped into one. It’s a celebration pros pull off only in video-game form.

“It was disrespectful,” Dallas cornerback Mike Jenkins told the Dallas Morning News. “He knew he was going to score. That’s him. We beat him three times in a row last year, so he was going to come back and try to everything he could.”

While even Jackson admits that it may have been a bad idea, the majority of fans and even players probably had a good laugh over it. In a league that has seen near-fatal hits and coaches tripping opponents this season, I see this as good publicity for Roger Goodell‘s company.

“I get caught up just out there having too much fun and that?s one thing I?m not going to take away from my game. I like the energy, I like doing the things I do to get my team pumped up,” Jackson told USA Today. “Just got to be smart. The penalty was obviously a bad idea.”

I say: Keep it coming, DeSean.

This saga may remind some folks in New England of opponents who complain about Bill Belichick running up the score on them. If they don’t like Belichick doing it, then they should just stop his offense.

If defenses don’t want to see Jackson showboat into their endzone, then they should simply cover him better. One Cowboy gets it.

“Don?t let him get in the end zone, and he can?t dance,” Orlando Scandrick told NBC Philadelphia.

How do you feel about Jackson’s celebration? Leave your thoughts below. 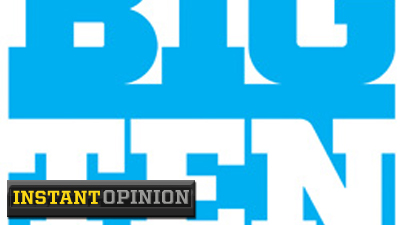