As if the blown calls and heartbreaking loss to Ghana weren?t enough for U.S. soccer fans to handle, you decided to give the 2022 World Cup to Qatar?

People of Qatar (however few of you there may be): Enjoy this, because apparently it won?t happen again.

Maybe I?m being a selfish American. We did host the 1994 World Cup, but that was a different time. I admit we weren?t ready for everything the World Cup brought to this country, but now we are starving for one.

If I have to listen to one more sports personality say how soccer will never be accepted in this country, I am going to puke up the vuvuzela I swallowed after Asamoah Gyan?s decisive goal. There was an unbelievable buzz surrounding Team USA and the entire World Cup last summer, why not build on that? This was the perfect opportunity to silence these idiotic comments and establish soccer as a world sport in a country that needs it now more than anything.

With the NFL suffocated by injury drama, every NBA story about LeBron James? ego, MLB playoff TV ratings plummeting year after year — and don?t even get me started on the NHL — this was the perfect time for soccer to steal the hearts of many sports fans.

Are you afraid we wouldn?t appreciate it enough, or be able to handle the thousands of rabid soccer fans? We deal with hundreds of thousands of belligerent college students every NCAA football game. Soccer enthusiasts would have been a breeze. And, did you see the bars across the country during the 2010 World Cup broadcasts? There was not an inch of room in any of those places. People really could not have been more into the excitement.

In a time when we are desperately trying to bring all our outsourced jobs back home, U.S. soccer fans will still have to get their fill from the Barclays Premier League and La Liga, among other more exciting leagues than Major League Soccer.

Our hope for the 2022 World Cup faded quicker than Paul the Octopus. 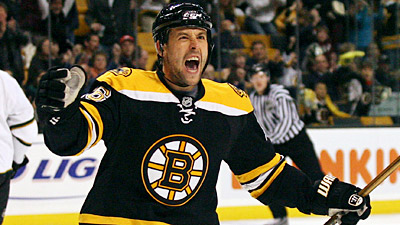