Major League Baseball fans rarely get to see recently drafted players make an impact on their organization?s immediate future. Once the Adrian Gonzalez deal is finalized, Red Sox fans will be witnessing an exception to that rule.

No players from the Red Sox? 2010 draft are directly involved in the Gonzalez trade. Anthony Rizzo was drafted in 2007, Casey Kelly in 2008 and Reymond Fuentes in 2009.

But an exceptionally strong 2010 draft is what allowed the Red Sox to pull the trigger on the Gonzalez deal and feel comfortable giving away three of their best prospects.

The Red Sox had somewhat of an uncharacteristic draft in 2010 in that they focused primarily on college players in the early rounds. While most college players typically have a lower ceiling than players who are drafted right out of high school, many also have a greater probability of becoming productive major leaguers.

Such is the case for several of the players the Red Sox selected in 2010.

Kolbrin Vitek, the team?s first overall selection and the 20th player taken in the draft, lacks breathtaking power or speed but is a solid hitter who makes the most of his abilities. A second baseman in college at Ball State, the Red Sox already have moved Vitek to third base and eventually may have to move him to the outfield. The best-case scenario for Vitek would have him becoming a Nick Markakis-like right fielder.

Bryce Brentz, Boston?s second selection and the 36th player taken, has big-time power potential but comes from a small-college program in Middle Tennessee State. Brentz struggled mightily in his professional debut in 2010, but has the tools to move through the system quickly once he improves his plate selection. His ceiling is that of a right-handed Brad Hawpe.

Anthony Ranaudo is the biggest name the Red Sox grabbed in this year?s draft and was a steal for the Red Sox as the 39th player taken overall. Ranaudo was in the discussion for best college pitcher in the country before the 2010 season began, but the right-hander fell in the draft due to signability issues and injury concerns. Ranaudo looked dominant while pitching in the Cape Cod Baseball League, though, and has No. 2 starter potential.

And finally, the Red Sox selected Brandon Workman with their fourth pick at No. 57 overall. A big right-hander from the University of Texas, Workman is another player who isn?t flashy but has a good chance of becoming a No. 4 major league starter or a high-leverage reliever. In some regards, he?s not dissimilar from former Red Sox pitcher Justin Masterson.

The Red Sox addressed the need for star power in their system as well, selecting prep players Sean Coyle, Garin Cecchini and Kendrick Perkins in the third, fourth and sixth rounds, respectively. None of these players is likely to see the majors until 2015 at the earliest, but all have big-time potential.

But in many ways, the goal of the Red Sox? 2010 draft was to stock the farm system with medium-impact players who can reach the majors sooner rather than later. Such a decision eliminates much of the risk of including top prospects in deals for players like Gonzalez.

That being said, there is, of course, no guarantee that the Red Sox won?t come to regret trading their prospects. Kelly has No. 1 starter potential, Rizzo has the makings of a future cleanup hitter and Fuentes can change games with his speed and defense. The deal would really hurt if the Red Sox are unable to get Gonzalez to sign an extension to stay in Boston beyond the 2011 season.

But thanks to their 2010 draft, the Red Sox can feel comfortable knowing that even if the Gonzalez trade doesn?t work out in their favor, their farm system will continue to produce promising major league talent for years to come.

Do you think the Red Sox made the right decision by trading their top prospects for Adrian Gonzalez? Share your thoughts below.

Fan Forum: Is Nets Owner Mikhail Prokhorov the Most Interesting Man in the World? 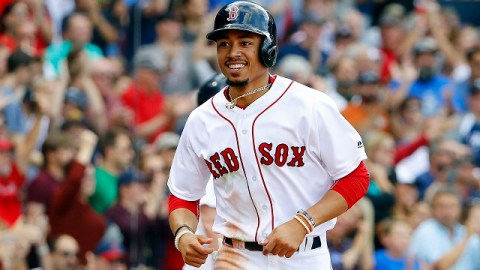 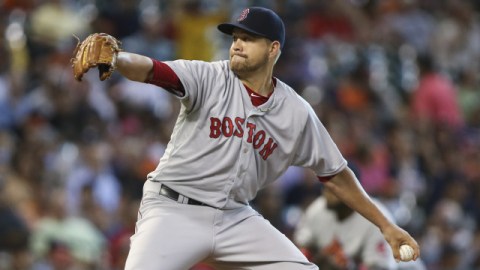 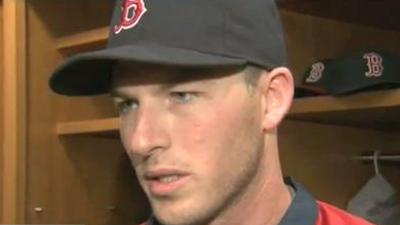 Report: Stephen Drew Expected to Return to Red Sox, Could Be on Mets’ Radar

Watch ‘Red Sox Live’ From Fort Myers at 6 p.m. Sunday to See Why a Basketball Hoop Is Inside JetBlue Park