Which Former Cushing Academy and Boston University Forward Did the Capitals Select 33rd Overall in the 2004 NHL Draft? - NESN.com Skip to content The Washington Capitals current generation of stars is made up largely of homegrown talent.

Alex Ovechkin, Alexander Semin, Nicklas Backstrom, Mike Green and Semyon Varlamov all came up with the Caps as first-round picks.

The team, though, also made the 33rd selection in the 2004 draft, and after having already taken Ovechkin and Green, they took another familiar name.

That same player only has one career goal.

Which former Cushing Academy and Boston University forward did the Capitals select 33rd overall in the 2004 NHL draft? Answer in the form on this pages' right column.

For every NESN-televised Bruins home game this season, NESN and The Fours will be teaming up to offer B's fans the chance at winning a $50 gift card to The Four's Restaurant and Sports Bar by simply answering a trivia question found at NESN.com/thefours. Questions will be posted at noon every afternoon on the day of a Bruins home game, unless otherwise noted. 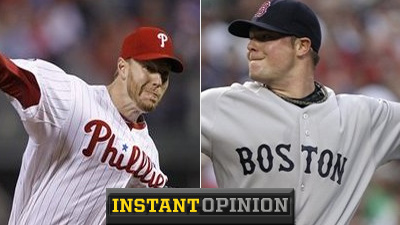