FORT MYERS, Fla. — After two full weeks of workouts at the Red Sox player development complex, the moving trucks were in the lot Friday morning, prepared to take equipment to City of Palms Park a mile down the road. And on the bulletin board inside the clubhouse were a pair of lineup cards for the Red Sox' doubleheader with Boston College and Northeastern, the traditional start to their spring training slate.

With prospect Stolmy Pimentel on the mound for the opener against the Eagles at 1 p.m., the Sox will begin play with Marco Scutaro, Dustin Pedroia, David Ortiz and Kevin Youkilis as the top four hitters in the lineup.

Jacoby Ellsbury will lead off and play center field in the nightcap vs. the Huskies at 6 p.m. Here is a look at the complete lineups for the twinbill:

Chris Bosh Embarrasses Himself on National TV With Awful Flop, 1-for-18 Shooting Night 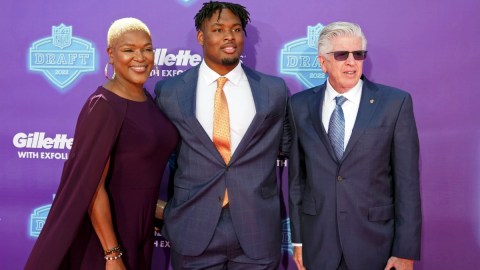