The Red Sox will break camp with 25 players heading north to Boston. We begin a daily look at each position on the club, from the projected starters to their backups. Our latest installment examines the bench.

A balancing act
It was hard to analyze the bench for the Red Sox in 2010. There was such a revolving door at several positions that the line between starter and reserve was often blurred. With good health, the 2011 version has the capability of being very well-defined (while at the same time versatile), with all the players perfectly suited for their roles.

The knock on the Red Sox’ likely lineup is that it leans too far to the left. There figures to be five regulars batting from the left side, including all three members of the outfield.

The four guys who are virtually locked into bench jobs — Mike Cameron , Darnell McDonald, Jed Lowrie and Jason Varitek — each give the club very good production vs. southpaws. Whether in sporadic starts or as late-inning replacements, the bases are covered for the Red Sox the moment the lineup ever seems too imbalanced.

Those first two names offer a safety net for all three starting outfielders — Jacoby Ellsbury, Carl Crawford and J.D. Drew. Realistically, both Cameron and McDonald can play all three outfield positions (although Cameron has been in just three games as a left fielder in his career). Drew, specifically, will be given his breaks.

“We’re very left-handed in the outfield, so with [Cameron and McDonald], that’s two right-handed hitters who have shown they can handle lefties,” manager Terry Francona said this weekend in camp when discussing his depth.

Lowrie is the key. His ability to bat from both sides and play all over the infield gives Francona an option at four spots, a very viable spot starter at shortstop and the chance — as long as everyone is healthy — to carry an extra pitcher. Although the bullpen has been rebuilt, having another option out there can never hurt.

“I see myself as an everyday shortstop, but I don’t think it hurts that I can play several other positions,” Lowrie said. “I think the team sees that and that adds value.”

Finally, in Varitek, the Red Sox have the one guy perhaps in all of baseball you would want backing up a 25-year-old starting catcher with all the tools but no measure of sustained success at the major league level. There may be moments during the season when Varitek and Jarrod Saltalamacchia are in a virtual platoon, with the former hitting against left-handers and the latter vs. righties, both getting a crack at the side they like more.

But Varitek is the backup, and he has embraced the role. While many view him strictly as Saltalamacchia’s guide, he knows he will also be playing a prominent role on the field.

There will be others brought onto the bench during the year. It’s inevitable. For now, Red Sox have lined up a foursome of reserves that gives them flexibility, veteran guidance, dependability and, if they get most of their hacks vs. lefties, solid production.

Other options
Barring injury, the five outfielders could stay in their roles all season. The infield is where there will probably be more of a shakeup on the bench. Lowrie is like a Swiss Army knife, but he is just one guy. You lose the knife, it doesn’t matter how many tools it has. The moment either Lowrie is hurt or one of the other infielders is hurt and Lowrie needs to replace him on a regular basis, there will be a need for one, or maybe two, new infielders.

In camp this year as non-roster invitees are Hector Luna, Brent Dlugach, Drew Sutton and Nate Spears, who performed very well at Double-A Portland last year. Each guy can play multiple infield positions and the first three have experience in the majors. Keep an eye on where they land at the end of camp.

If all else fails
Nobody in the organization wants to rush any of the better prospects. If it came down to that, we know everyone in Boston will be itching to see Jose Iglesias get his first taste of the majors. Don’t expect that to happen unless there is an extremely desperate need for middle infielders. Lars Anderson is the logical choice if another first baseman is needed.

As for the outfield, Ryan Kalish, Daniel Nava and Josh Reddick stand ready. Kalish and Reddick, who has been called up several times in the last two years, won’t be brought up to ride the pine. Nava could be the choice if Francona needs a long-term reserve outfielder. 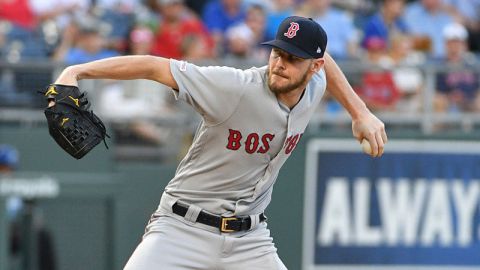 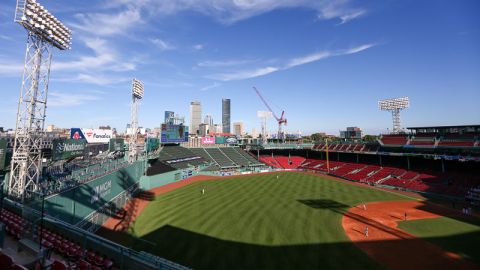 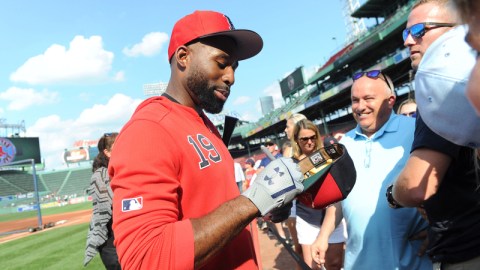