Appearing on WFAN, Barkley tore into the Knicks regarding their impending hike in ticket prices.

“That was a disgrace, a flat-out disgrace,” Barkley said. “Come on, that’s not fair at all. To raise tickets that much, and I understand that all these guys are trying to make money, but 50 percent is a little extreme. Let me rephrase that, a lot extreme.

“The Knicks have been stinking for a long time and these fans have always been loyal,” he added. “For them to jab them like that with a 50 percent increase, that’s unfair.”

As if the Knicks didn’t get that message, Barkley took a shot at the team’s play on the hardwood, telling David Letterman his thoughts on the Knicks’ defense, as seen in the video below. 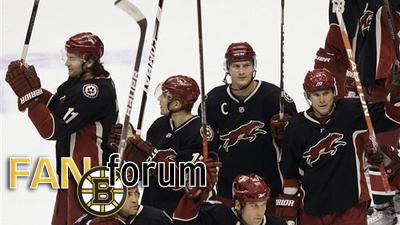 Which City Would You Like to See the NHL Relocate a Franchise To?