Fernando Torres Says He Moved to Chelsea Out of Loyalty to Liverpool, Struggling to Settle in London - NESN.com Skip to content

In the most recent episode of Fernando Torres attempting to explain his January move from Anfield to Stamford Bridge, the former Liverpool striker has now made what is perhaps his boldest and most nonsensical claim yet — that he moved to Chelsea to be loyal to Liverpool.

"I did not want to go to Manchester City or Manchester United," said Torres, "I could never do that, out of loyalty to Liverpool."

Torres, of course, thereafter reiterated his previous explanation, that he doesn't think Liverpool is not a place where he could win, and he doesn't think that it is not on the same level as Chelsea, according to the Liverpool Daily Post.

"I did not imagine leaving Liverpool but then the train to Chelsea passed by and I had to catch it, because of the dream I have of winning," he said. "I want to win the Premier League, and I felt I had to go.

"We have a chance to win the title and the Champions League," added Torres, "Four weeks ago, I didn't have that chance, and now I feel close to what I want.

"All my life I have sought to win – win titles. I was lucky enough to win the World Cup but as a footballer you want to win with your club, with the players you train alongside every day. I am away from home, but Chelsea gives me the chance to achieve those goals year after year. Over the next 50 years, they will be fighting United and Arsenal for trophies."

Since Torres' move, he has yet to score for the Blues, leading many to compare his huge-money transfer to Chelsea to that of Andriy Shevchenko. Accordingly, Torres acknowledged that he has yet to settle fully in big city London.

"The first few weeks were not easy for me," he said, "I do not know London, have spent time looking for somewhere to live and it's all been a bit of a mess. It is a much bigger city than Liverpool, and that takes some getting used to — not knowing if it will take 40 minutes to get to training or a lot longer if the traffic is bad.

"But I know my best years in the Premier League are still to come. I am sure of that. What I want to do now is settle down, be quiet, stop thinking about other things and enjoy my life." 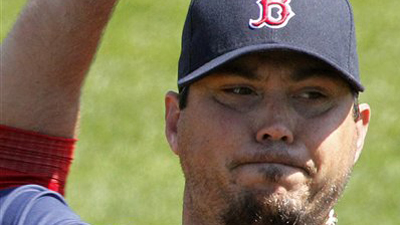