Which New Bruins Addition Will End Up Making Biggest Impact This Season? - NESN.com Skip to content Regardless of what happens to the Bruins in the final 15 games of the regular season and into the playoffs, one thing is true: General manager Peter Chiarelli appeared to do everything he could leading up to the trade deadline to improve the B’s.

In this final stretch of games in March, April and hopefully into May, Bruins fans are certainly hoping those new acquisitions can pay some big-time dividends.

The marquee name obtained at the deadline was obviously defenseman Tomas Kaberle. The trade for Kaberle finally put to bed the seemingly endless calls for a puck-moving defenseman who could quarterback the power play. It remains true that statistically, the B’s power play has struggled mightily since the pickup, but Kaberle’s impact can be seen. The B’s are moving the puck better on the power play and you have to think the goals will come. The Bruins are certainly hoping that impact starts appearing in the form of goals. An improved power play will no doubt help in the playoffs, where the emphasis on special teams is even bigger.

The acquisitions of a couple of forwards — Rich Peverley and Chris Kelly — came with substantially less fanfare than the Kaberle deal, but they could prove to be just as valuable.

As the Bruins recently found out, both bring some crucial depth up front. Peverley looked to fit in pretty well with Brad Marchand and Mark Recchi on Saturday night against the Penguins in the absence of Patrice Bergeron. The former Thrasher also spent some time in the third period of the same game alongside Marchand and Michael Ryder. For Claude Julien, it has to be comforting knowing that someone like Peverley is ready and able to fill in wherever the coach wants.

In Kelly, the Bruins obtained someone who is simply a solid hockey player. Kelly was well-respected in the Ottawa dressing room, and the Sens’ loss in their firesale was the Bruins’ gain. He gives the Bruins depth down the middle, something you can never have too much of, and he’s shown that he can play both ways, something coveted by a Bruins team that is second in plus-minus this season. Not only that, but Kelly has been there before. It may be difficult to think of right now, but the Senators did have some success in recent years. In fact, Kelly skated in 36 playoff games during his Ottawa tenure.

Finally, the addition of Shane Hnidy is one that has Bruins fans recalling the past. The Sheriff’s return to Boston is a no-risk proposition, but Hnidy’s presence may end up being pretty valuable. If he is able to recover from a shoulder injury, Hnidy can give the Bruins some depth on the blue line, something that seems much more valuable even now than when the B’s brought Hnidy back. Look no further than the injuries to Andrew Ference and Steven Kampfer for that.

Which new Bruins addition will end up making the biggest impact this season? Share your thoughts below.

Saturday, March 5: What is the best team in the Eastern Conference?

Which Bruins addition will end up making biggest impact?customer surveys 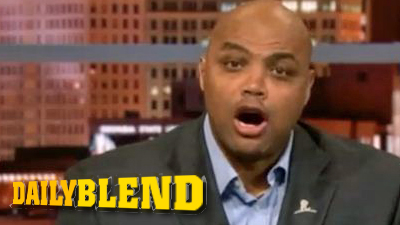