Earlier this week, a San Francisco Giants fan was left in critical but stable condition in a hospital after being attacked by a pair of Dodgers fans following the opener in Los Angeles.

Sunday, the Los Angeles Times reported that the victim’s state has worsened and that Supervisor Mike Antonovich is offering a $10,000 reward for any information leading to the arrest of the attackers.  Antonovich is also calling for increased security and stricter limits on alcohol sales within the stadium.

Two Dodgers fans reportedly approached a trio of unsuspecting Giants fans after the game, kicking and punching them while shouting expletives about the Giants, according to LAPD sergeant Sanford Rosenberg. One man was critically injured as a result of the beating.

“The man suffered a serious head injury during the assault after the game,” Rosenberg said.

The victim has since been identified as Bryan Stow, a 42-year-old paramedic and father of two.  His family members told the Santa Cruz Sentinel that Stow hit his head on the pavement sometime during the attack and is now in a medically induced coma.

“He’s not doing too well,” brother-in-law David Collins told the Sentinel Friday afternoon. “He’s still unconscious and they just decided to put him in a medically induced coma. They are hoping the brain swelling will go down, but it hasn’t and they are talking about removing one of his frontal lobes.”

According to Collins, who spoke with Stow’s friends following the incident, the men “came out of nowhere” after heckling the group of Giants fans in the parking lot.  Stow’s head hit the pavement, but the duo continued to attack him.

“We’re all pretty shocked,” Collins said. “We are all praying for him.”

Police released composite sketches of the pair of attackers and are hoping that witnesses will come forward, especially with the offer of a reward.

“We’re very confident there were witnesses. It happened immediately following the game when everybody was coming out,” Detctive Larry Burcher said.

The Dodgers released a statement regarding the attack.

“It is extremely unfortunate that this incident took place on what was otherwise a great day at Dodger Stadium for tens of thousands of fans. We’re committed to having the most fan- and family- friendly environment in baseball and will continue to make that a top priority,” said Josh Rawitch, the Dodgers’ vice president of communications. “We are cooperating fully with authorities during their investigation and we wish this fan a speedy recovery.” 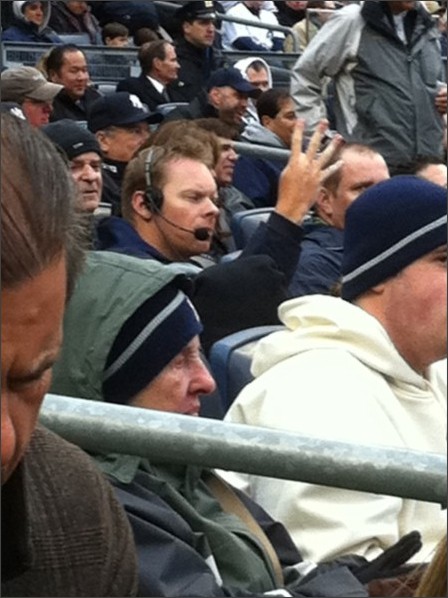 Does Dennis Rodman Deserve to Be Enshrined in the Basketball Hall of Fame?