What do the Celtics need on the free-agent market this summer?

At first glance, the answer that makes the most sense is "nothing major." The C's are basically all set — they have their young star point guard in Rajon Rondo, they have their veteran big three of Paul Pierce, Kevin Garnett and Ray Allen, and they have their coach locked in long-term in Doc Rivers. The nucleus is in place, and all this team needs is a couple of complementary pieces to fill in the cracks. A couple of role players should do.

Then again, maybe that's not enough. Maybe the Celtics need to take a gamble.

If you've been watching this week's tangle between the Bulls and Heat, two teams that have annihilated the C's over the last two months, you might be discovering something. The East is getting good.

The Bulls and Heat are younger, they're more athletic and they work hard together on both ends of the floor. The Celtics aren't getting any younger, and they can't get back to the Finals without a shakeup.

The C's need to do something big.

This might sound crazy, but what about Greg Oden?

I know, I know. Oden was the No. 1 pick in the draft four years ago, and he's since played exactly 82 games. Three quarters of the time the Blazers have taken the floor since 2007, Oden has been nowhere to be seen. The big man is now 23 years old, and his career has hardly begun.

Wait a minute. Oden is still only 23, and his career's hardly begun!

The Celtics have a chance to guide the former Ohio State Buckeye to a career reclamation. It may sound a little backwards, since the Celtics have already been snakebitten enough by injury-plagued centers, most notably two named O'Neal, but Oden is different. He's a decade younger than Jermaine O'Neal, and 16 years Shaq's junior. He's got time to turn things around. He needs a new environment, a new medical staff and a new lease on life.

Here's a fact that's gone relatively overlooked over the last four years: Oden, when he plays, is actually an extremely good basketball player. His per-36 minute averages for his career: 15.3 points, 11.9 rebounds and 2.3 blocks. He's a 57.7 percent shooter and a hell of a defender. If he gets healthy and finds his rhythm in this league, he may turn out to be the All-Star-caliber center we all expected him to be.

It's obviously uncertain, but so is the Celtics' future without Oden. The C's can't afford to stand pat. They've declined too much, and the competition is too good. They need to try something.

In a salary-capped league, with a hefty payroll already, it's hard to make a big move that's a sure thing. Oden might be the one gambit with a shot at paying off.

Oden's rookie contract expires this summer. The Blazers have until June 30 to extend him a qualifying offer. GM Rich Cho told the media earlier this month he would probably do so, but then Tuesday, Blazers ownership kicked Cho to the curb. The future, for the Blazers and for Oden, is now anyone's guess.

So why not Boston? It might sound strange, but there's a chance it could actually work.

The irony is that back in 2007, Ainge was one of the few GMs who liked Kevin Durant better than Oden as a prospective No. 1 pick. Ainge turned out to be right, but Durant's not walking through that door. Maybe now, the C's can make a run at the next best thing.

What do you think of the Celtics pursuing Greg Oden? Share your thoughts below. 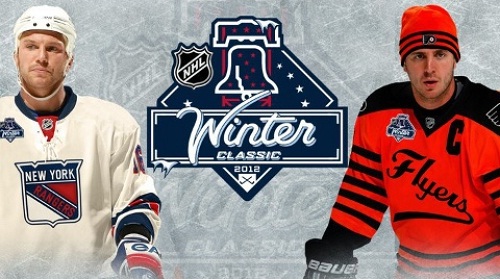