WILMINGTON, Mass. — Tyler Seguin wasn't sure if his chance would ever come this spring, but he did his best to stay ready just in case.

Now the rookie appears likely to make his postseason debut when the Eastern Conference finals against Tampa Bay finally open sometime later this week. It wasn't the scenario he or anyone involved with the Bruins would have chosen, as a concussion suffered by leading scorer Patrice Bergeron created the opening in the lineup, but Seguin will try to make the most of the opportunity.

"I wasn't expecting anything," Seguin said after Monday's practice at Ristuccia Arena. "You can't assume that I was going to get in the lineup, but if a guy was going to get hurt, I wanted to do the best I could to stay sharp in practices and off the ice.

"I think I was staying sharp," Seguin added. "I feel like when you're working off the ice you might be pushing yourself even harder than on the ice. I've been trying to stay as sharp as I can."

In Monday's practice, Chris Kelly moved into Bergeron's spot between Brad Marchand and Mark Recchi on the second line, while Seguin slid into the third line alongside Rich Peverley and Michael Ryder. Seguin played on the right side, with Ryder moving over to Kelly's old spot on the left.

"The way Tyler practiced today was really encouraging," Bruins coach Claude Julien said. "You saw him use his speed, his skill. Again watching playoffs, I guess it really does make you hungry and you hope that he's hungry enough that he steps in there and showcases what he can do, because he's a good player and certainly is improved from Day 1 to now."

Julien will have to hope for improvement from his young forward. Seguin had 11-11-22 totals in 74 games in the regular season, but was just 1-1-2 over his last 20 games with no points in his last 11. Now he's coming off a layoff of more than a month and jumping into the intensity of playoff competition for the first time.

"Right now is crunch time, it's about winning," Julien said. "And as I mentioned to him, it's not so much about being patient and then seeing things, it's more about results right now. It's going to be important that he tries to give us some results. And results for him would be certainly competing really hard in all areas and utilizing his skill set to create some scoring chances and then some goals."

Seguin hasn't played since the regular-season finale in New Jersey on April 10, but he has been practicing with the club and has taken the pregame warm-up in every playoff game.

"I've been put in a situation where I'm always in pregame warm-ups, so I get to see how guys prepare and see just how much of a higher level it is in the playoffs with the intensity," Seguin said. "I know what I have to do. … I'm ready to go. I've been looking from up top, cheering on the boys and all the intensity that comes with playoffs and I'm ready to be a part of it."

Seguin has also done his best to soak up as much knowledge as possible while watching the first two rounds from the press box.

"You just see a whole new game up there," Seguin said. "You see how much time and space you have, and during a series you can also look at what the other team is doing."

If Bergeron can't go at the start of the series, Seguin will be getting thrown into the playoff fire when it's burning brightest with a trip to the Cup Finals on the line. The Bruins are confident, though, they've done everything possible to prepare him for the challenge.

"I always told him to stay ready," Julien said. "The reason we dress him for every warm-up was that I needed him to, I guess, get the experience of seeing how guys are getting ready for playoff games. He was in the dressing room before it started, and I think those are things hopefully will have allowed him to grow and get even better. So those things were done purposefully [for] his opportunity when it comes to step in there and show that he's going to be a contributor to our hockey club." 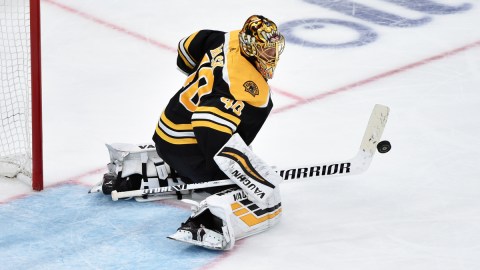 How Will Bruins Split Time With Goaltenders? Bruce Cassidy Weighs In 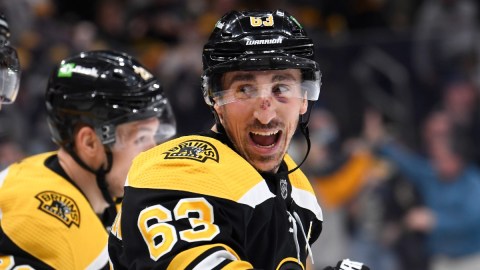 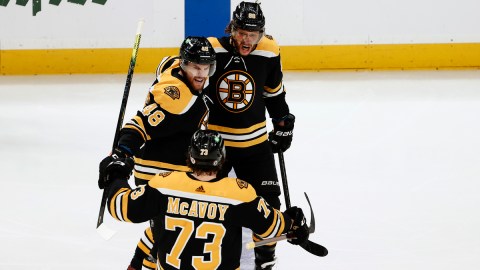