Pujols injured his wrist in the sixth inning while attempting to make a play at first base on a bouncing throw from second baseman Pete Kozma. As Pujols streched for the ball, baserunner Wilson Betemit collided with him, knocking Pujols' mitt off and sending him off the field holding his hand.

The first baseman, who is in the final year of his contract with St. Louis, will be re-evaluated by team doctors on Monday.

Pujols had been 3-for-3 with a home run in Sunday's game before leaving with the injury. 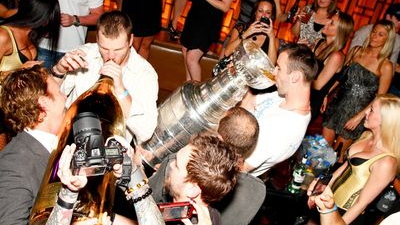